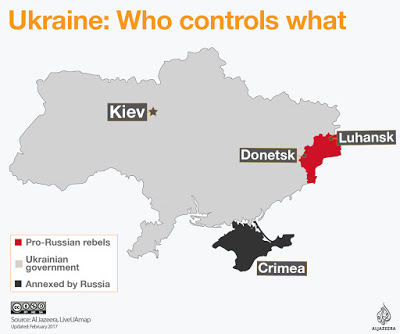 Areas under Ukrainian government control vs areas under Russian control in Crimea or in Luhansk/Donetsk that have disputed control. 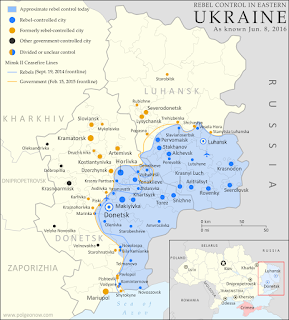 Steve S., a blog reader brought this youtube channel to my attention. The US corruption in Ukraine involving Hillary Clinton, Joe Biden and the rest of the Obama Administration is considerable, and has been documented extensively. Of course, none of that could be disclosed during the impeachment hearings. Interestingly enough, the Trump Administration had very little to do with Ukraine compared with the very active involvement of the Obamanation. As with the Russia hoax, the Trump Ukrainian hoax was designed to throw suspicion off the guilty by blaming political rivals for their own skulduggery.
Make of all this what you will.
The prize was control of the vast Ukrainian wealth and the beneficiaries were American politicians and greedy robber barons who were ALL attached at the hip to Obama and friends.