What’s in a Shirt? 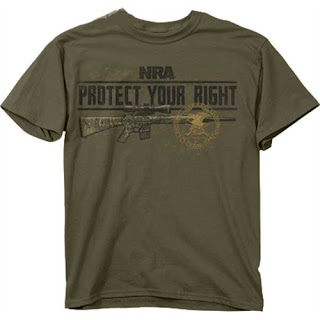 Facebook
Twitter
Pinterest
WhatsApp
When a woman wears a shirt that says, “Guess”, my first reaction is along the lines of, “36D” or “32A”. But I don’t feel that they should be ejected from the shopping mall for asking me to speculate. I’m simply not that sort of man.
When a woman wears sweat pants that say, “Juicy” on the rump, I usually give them the thumbs-up sign but they look bewildered. I never explain, but I understand their attempt at advertising a particular status. I would never suggest that they be removed from a common carrier like a train or an airplane for simply trying to explain.
Furthermore, I have never seen any indication that young women wearing such suggestive apparel are removed from a school campus because of their clothing choices.  Quite to the contrary, young women in high school seem to wear just about anything that they want to with the approval of administrators.
Given that, why was fourteen year old Jared Marcum of Logan, West Virginia arrested for wearing this t-shirt?

A shirt encouraging others to protect their Constitutional rights as set forth in the Bill of Rights is now sufficient cause for arrest? Did he disrupt a class by wearing a shirt or did the faculty disrupt the class by their reaction to his t-shirt? Why was he handcuffed and hauled from school by the Logan City Police Department? The teachers say that since he didn’t remove the shirt as ordered, he was “resisting the police”. In WHAT UNIVERSE is that a crime? The school district’s dress code prohibits any profanity, violence, discriminatory messages, but images of hunting rifles and slogans encouraging others to uphold the Bill of Rights are not.
The kid didn’t spit on the flag, he’s acting patriotic. Which makes me wonder what the faculty of the Logan Middle School is teaching the teenagers attending there.