Has Harry Reid Forsaken Me? 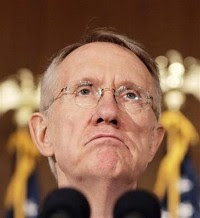 When you consider that I have broken just about as many stories on my blog as any of the mainstream media types in America, lately, you’d think that Senator Harry Reid (D-NV) would have invited me to his “Evening with Harry Reid and barack hussein obama” in Las Vegas on July 8th.

I’ve been waiting for my invitation.

And it never arrived.

Then I read a piece in the Las Vegas Review Journal that said Harry Reid was handing out tickets to SEIU officials, the Democratic Party faithful and to the press. He is also honoring various special interest groups with tickets in the hope of raising money to pay for the event and to support his candidacy against that supremely evil political powerhouse, Sharon Angle, and her rich and powerful Tea Party cronies. I called Reid campaign HQ last Friday because they were to be out of the office over the Independence Day Holiday and asked for a ticket. I told them that I represented the press and wanted a pass to cover the event. The only networks scheduled to cover it are MSNBC and ABC, and the local newspapers – “but not the Las Vegas Review Journal because they’ve been co-opted by the Tea Party”.

So the Press’ dance card is limited to state co-opted media and friends of the barack hussein obama/Harry Reid axis. 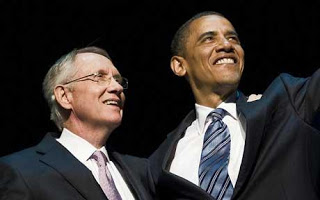 The US Secret Service is vetting the guest list against possible Tea Party plants, Oathkeepers and other groups who would be inclined to infiltrate the meeting that is designed to bring votes and a certain degree of prestige to Harry. Since I am a veteran, am pro-life, am opposed to illegal immigration and am a blogger, my credentials couldn’t be worse.

I know that barack hussein obama, as a secret member of the Religion of Peace, could forgive me of my sins if I could but touch the hem of his trousers, but it’s unlikely that the Secret Service will let that happen.

So I’m up the creek, without a paddle or a ticket, forsaken by that paragon of virtue, Sen. Harry Reid (D-NV)