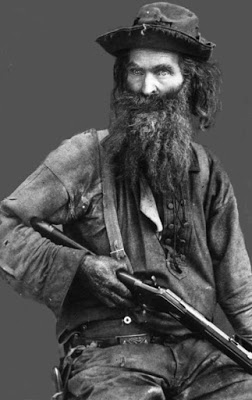 Reavis was the first Anglo-American to settle in what is now known as the Superstition Mountains. Reavis planted  a garden in what is still known today as Reavis Ranch. Reavis’s mountain abode sits in the middle of todays Superstition Mountain Wilderness. The clear flowing spring, located in this high mountain valley is the only reliable perennial water source in the entire mountain range.

Elisha Reavis attended college before going to California during the Gold Rush. He taught school briefly at El Monte, California and searched for gold along the San Gabriel River. He married Mary Y. Sexton at San Gabriel in 1867 and had one child the following year. Her name was Louisa Maria Reavis.
Reavis went with other gold seekers to the Bradshaw Mountains in Arizona in 1863 but had little success. He returned to California but his wife refused to move to the rugged country in Arizona and preferred to live in the big city and near her parents. After her mother’s death, Reavis’ daughter went to St. Louis to live with relatives.

Meanwhile Elisha became a teamster, working a US Army contract to move supplies over military trails/roads in the 1860’s when the nation’s focus was primarily on the Civil War, in the East. There is no record of why he quit work for the government, but it’s likely because he found a valley high in the Superstitions with sufficient water to make it desirable. He built a cabin and made it defensible against the  Apache, who used that valley as a winter range.

At some point, the Apache decided to move Reavis off their land and they attacked his adobe stronghold. He killed three with his .38-40 Winchester and then decided that they could hold him at bay almost indefinitely. With his ammunition expended, Reavis took off all of his clothes, and charged the Apache camp armed with a butcher knife, howling and screaming. The Apache were rattled by this action, packed, left and never returned to the ranch. The Apache had a taboo against killing or molesting the insane.

Reavis planted a large garden/orchard and lived for years supplying area miners and the townsfolk of Florence, Mesa, and Phoenix with fresh vegetables and produce. It is said that in the twenty years he farmed this little slice of heaven he sold over $30,000 worth of much sought after produce. The two decades Reavis spent living alone in the Superstition Mountains made him a legend in his own time.
Reavis an educated man, and kept a personal library at his ranch as he was an avid reader. He was known to be charitable to strangers and courteous to all.
One fall day in 1896 Elisha Reavis became ill and decided to try to get to Globe, Arizona to see a doctor. He packed his mule with food and necessary items, loaded his rifle and called his trusty dog to accompany him. He made it only a few miles from his home when he became too sick to continue. He made a small camp in some trees near a water hole and tied his mule to a nearby tree. A week or so later a prospector was coming up the trail to visit with Reavis at his ranch. He found the old hermit dead in the makeshift camp. Reavis had died and fallen into the fire and was partially burned, His mule was dead, still tied to the nearby tree and his faithful dog was guarding his masters body.

Following Reavis death in 1896, Jack Fraser took over the Reavis ranch property by paying a six hundred-dollar claim against the estate but never homesteaded it because he was a Canadian and not a US citizen. William Knight was the foreman for Fraser and he and his wife Eunice resided at the Reavis ranch site.
Fraser later sold the ranch in 1909 to William Clemens, a cattleman, but Clemens was also not a citizen. Billy Martin Sr. was the foreman for Clemens for the next 37 years. The Reavis ranch was finally patented by Clemens’ wife in 1919. She was from West Virginia and a US citizen.
In 1946 Walter Upton and Whoolie Bacon bought the old Reavis ranch from Clemens. They ran the ranch together until 1955 when Bacon’s son in law Floyd Stone bought the ranch with his partner Ken Lockwood.
In 1966 Stone and Lockwood sold the ranch to the Department of Agriculture, US Forest Service,  for 75,000 dollars and 20 acres of land bordering the Apache Trail.

There is no road to the Reavis Ranch, but there are backpack trails that lead in from the north and south.

I encourage you to read Ed’s comments in his blog NOT OF THIS WORLD, titled “Low Energy Politicians“

The Democratic Left (says that they) want to reduce the carbon footprint to “save the planet”.

What they really want is a return to the feudal system where tight pockets of workers are bound to the local employers who will be unionized and support the political leaders that empowered the system.

Socialists and Communists want a more dependent class to serve the apparatchiki, the favored overseers, and the Politburo types who sit on top of them – and the oligarchs who ride the top of the pyramid. A dependent class can’t be armed, they can’t be mobile, and they must remain poor, with whatever education allowed being that strictly controlled by the state. Animal Farm is always worth a re-read.

Under Common Core, there is no study of history. It’s dangerous to study the past because if you understand that, you are better able to grasp the nature of the propaganda that the “Ministry of Truth” spews out. CNN, MSNBC and much of the print media follow Democrat Party talking points to the letter because they’re part of the power grab. You can’t have independent fact finders running around in the brave new world. Better to label them racists. I could go on with my rant, but won’t. Read Ed’s Blog.

CW, at the Daily Timewaster has your best interests at heart. Avoid wormholes, and let the space-time continuum be. 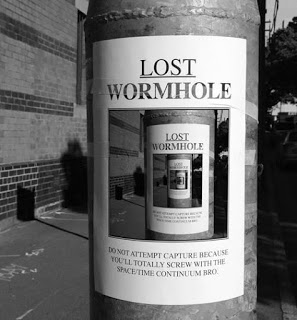 Jim – I too live in a rural area though not as rural as yours. One thing that’s the same is that folks do help one another and we’re known to wave to motorists going the other way. The gun discussion could resume in another location, preferably with something old and smooth to sip on.

In the eight months that I’ve lived in rural Arizona, I find that I have more time to chat with people up here about things that matter, like firearms, Constitutional issues, odious donkeys, and fishing. Country people seem to make time to do this more than city people who sit in their cars during long commutes.

LSP – And what a great Samaritan patch, nice.

That patch and others part of my personal history, LSP. And I’ve been fortunate to have been able to let go of a lot of unpleasantness that I’ve witnessed personally. I sleep well, and focus on tasks at hand – and on my expanding family. Grandkids are cool. You have something to look forward to – all in good time.

Uchuck the Tuchuck – About waiting for good weather to mount your she-devil…I have to agree. When I was a younger man, I rode the T-Rex through anything, just as a matter of pride. I’ve ridden through a hail storm in Colorado, a tornado warning thunderstorm in Alabama, and what I later found out was officially a blizzard up in New York State. Now, older, smarter, and a lot stiffer, I ride on nice, warm, sunny days without much cross wind. I no longer feel the need to measure anything between my legs.

I ride the motorcycle for the pleasure of doing so. Which means that as with you, I pick and choose when and where I mount the SheDevil. I have a trailer and this winter, I will make some trips to the Arizona lowlands (great weather) for some jaunts. The trailer can take the bike into the general area where I want to ride on any given day and I can enjoy it better that way. I’m willing to take criticism for behaving like an old man. When I’m finished riding, I can haul the scooter back up to the mountains and park it in the garage until I’m ready to play again.

WSF – Back in the 60’s rode my Yamaha year around in Denver, being my only transportation. It was great for culling the weak girlfriend candidates. I think this one would have made the cut!
https://www.youtube.com/watch?v=XND6hepA358

Nellie would have made you do anything that she wanted you to do, and could have roped and hog tied you if you failed to satisfy her completely.

Old NFO – As a ten year VFD member back in the day, yes they ARE the core of the community. Often forgotten, but always ready to go. And stopping IS the right thing, we were raised that way, because there wasn’t any such thing as cell phones. If you broke down, you were at the mercy of passersby or the occasional law enforcement patrol. I’ve given and gotten many a ride over the years… sigh

We grew up in a different age (The Age of the Dinosaurs), Old NFO. I’ve stopped at many accidents during my life and rendered first aid. I carry a full trauma bag in each vehicle, including C-Collars, and SAM casts. It’s heartbreaking not to have what you need. These days if you don’t do a good enough job, many states allow the people you stopped to help, to sue you. I still stop.

Ed – I’ve pulled a number of people off the water.

I’ve gotten to enjoy it.
Go the same guy two Saturday’s in a row.
He owned a carpet store. Told me “if ever”.
“If ever” came up quick.
He told me not to look at the prices and I got a top of the line Berber with free installation.

I’ve never had anyone offer anything. But the carpet would be nice.