In an age of magic, when the pantheon of gods decreed the outcome of men’s lives; long before the arrival of the destroyers from Earth; Sorah sat by the edge of the amber ocean and tossed flowers over the cliff to appease Arok.
Pleasing Arok insured the safe return of her father, a fisherman, who navigated the great expanse. After school, she returned home, kissed her mother, ate her snack and gathered flowers.
Sometimes she gathered flowers first and ate her snack on the cliffs, watching the waves crash against the rocks below. It was on one of those days while she ate her tispachi that the Storm-Bringer came. Her visage could not be mistaken for any other because a firebird sat atop her head and screamed. The firebird became her voice and it declared that Storm-Bringer was a jealous god. Offerings to Arok pacified the sea itself and the monsters the lurked beneath its surface, but Storm-Bringer caused the wind to blow and the sea to toss. Most ships that foundered fell prey to the tempests, and not to the monsters of the deep.
The firebird’s eyes grew beady and accusing, “Not once has Sorah made a genuine offering of blood.”
Sorah cowered beneath the awful, yet beautiful gaze of the Storm-Bringer and her terrible firebird.
“Storm-Bringer delights in offerings of blood and gore,” The firebird continued as the woman-god floated in the air, surrounded by dark clouds. “It shows devotion, while flowers merely show that you can pluck things from the Earth.”
Storm-Bringer lifted Sorah from the ground and the wind hoisted her over the lip of the cliff, then spinning her around and around until she rested on the sandy shore below, with the din of waves crashing on rocks, blasting water to foam.

“I will sacrifice you to Arok, and in that way you will insure your father’s safe return!” Storm-Bringer’s firebird spread its wings and as it prepared to incinerate Sorah, a huge whale burst up onto the shingle and swallowed Storm-Bringer and her firebird, whole.

Sarah jumped back in fear but the fish spoke with the voice Arok. “Do not fear, my child. The demon is contained so long as the gods live.” 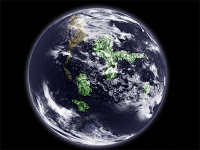 Finding Earth-like planets had been the holy grail for millennia. The mission to the planet called Anthem took thousands of years even traveling at near light speed. Probes proceeded the principal mission but only by a few years so that the colonists might know what they were up against before they made planetfall. Once they broke containment in their hibernation chambers, the view of the new world, Anthem, took their breath away. It was all they had been promised and so much more.

Their journey and their sacrifice had been completely vindicated, unlike so many over the years to other worlds, which had ended with disappointment or mishap. The question of where to land in the world comprised almost completely by oceans, was decided quite early in the final planning phase. They would land on the ocean, near land.

Captain Randolph Smith claimed the honor of leading the first landing ship as was his right. He would claim the planet for Earth and as soon as the initial survey had been completed, the colonists would begin landing. The military would naturally subdue all opposition.

As the ship descended, a huge fish rose to the surface to greet it, but unfortunately, the engines caused the ocean around the landing site to boil, killing everything including the welcoming party. The fish rolled to its side, quite dead, and another creature rose from within it – a near-human form with a bird of prey perched on its head. Her eyes flashed with vengeance and Fire ushered from the bird’s mouth! In response, a laser from the landing ship bored a three-inch hole through the center of Storm-Bringer, killing her dead as a stone.