The Man in the High Castle (review) 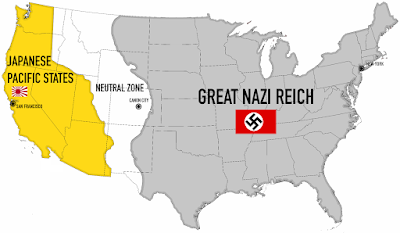 Amazon.com has done what Netflix did with House of Cards  (season four of House of Cards due out April 2) when they produced their own series, which can be viewed on their website (or on Netflix). The Man in the High Castle is an alternate history series based on the Philip K. Dick novel. It explores a version of 1960’s America in which the Axis powers  won the Second World War and occupied the United States as conquered territory. The story followed the exploits of resistance fighters and intelligence agents from the Japanese-occupied Pacific States in the west to the Greater Nazi Reich in the east.
I planned to watch the series when it first came out but it’s taken me this long to watch it. The production was very well done and that’s why I’m reviewing it here. Amazon is currently filming the second season (no release date has been made public). 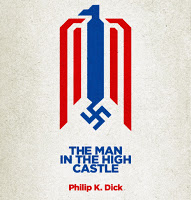 Philip K. Dick was one of those science fiction writers who was very under appreciated while he lived. Now that he’s dead, Hollywood has adapted MANY of his books, short stories and novelettes into films. One of the most famous was Blade Runner, followed his short story, “Do Androids Dream of Electric Sheep” (Screenplay by David Webb Peoples).  Minority Report is another.
It’s one of those series that has very deep characters and a somewhat complex plot, set in the dystopian past where things went a different direction than the history you are familiar with. Dick, and the writers of The Man in the High Castle series treated the topic with a serious respect. It speaks to the sci-fi themed alternate realities timelines (to some extent theorized as possible by quantum mechanical theory – which will bend your mind if you study it). In the film series and book, Germany developed a nuclear weapon before the US did and used it to win the war. Japan still has no nuclear technology and their alliance with Germany reflect their ‘junior status’, which is a heavy burden on Japanese hearts.
I highly recommend this series and give it an 8.5 out of a possible 10. The acting, writing and cinematography are all first rate. This is not some cheap, slapped together production.