What a Nice Gift for America! 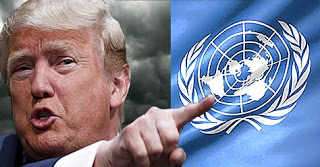 “Today, the United Nations agreed on a budget for the 2018-2019 fiscal year. ‎Among a host of other successes, the United States negotiated a reduction of over $285 million off the 2016-2017 final budget. In addition to these significant cost savings, we reduced the UN’s bloated management and support functions, bolstered support for key U.S. priorities throughout the world, and instilled more discipline and accountability throughout the UN system.”

U.S. President Donald Trump on Wednesday threatened to cut off financial aid to countries that vote in favor of a draft United Nations resolution calling for the United States to withdraw its decision to recognize Jerusalem as Israel’s capital.
“They take hundreds of millions of dollars and even billions of dollars, and then they vote against us. Well, we’re watching those votes. Let them vote against us. We’ll save a lot. We don’t care,” Trump told reporters at the White House. […]
U.S. Ambassador Nikki Haley, in a letter to dozens of U.N. states on Tuesday seen by Reuters, warned that Trump had asked her to “report back on those countries who voted against us.”She bluntly echoed that call in a Twitter post: “The U.S. will be taking names.” 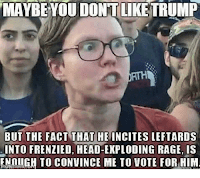 Commentary: Earlier in the week the Deep State and the corrupt, smug, sly, elite media that is its cheerleader reported that President Trump would not dare to respond to nations who abused our generosity and took advantage of us time and time again. They were wrong. And no, I’m not tired of winning. (MAGA).
By way of reference, the United States is the largest provider of financial contributions to the United Nations, providing 22 percent of the entire UN budget in 2017 (in comparison the next biggest contributor is Japan with almost 10 percent, while EU countries pay a total of above 30 percent). That 22% number must come down to something manageable. It’s a nest of spies and political parasites on US soil.

Each year the United States gives approximately $8 billion in mandatory payments and voluntary contributions to the United Nations and its affiliated organizations. The biggest portion of this money – about $3 billion this year – goes to the U.N.’s regular and peacekeeping budget.

There are small benefits that we derive from membership, but nothing like our contribution to the budget suggests.