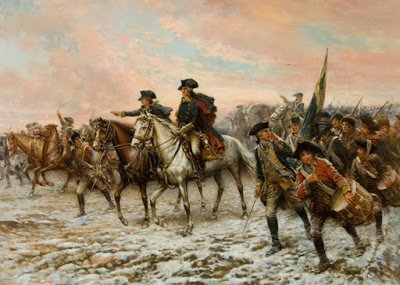 Facebook
Twitter
Pinterest
WhatsApp
With the Continental Army threatening to dissolve around him, General George Washington led the remnants of his army across the icy Delaware River on Christmas night 1776 and routed a Hessian garrison at Trenton. The subsequent victories at the Battles of Second Trenton and Princeton secured Washington’s place as one of the greatest generals in history.

George Washington’s plan of attack included three different crossings of the Delaware River on Christmas night. Col. Cadwalader was to lead his force of 1,200 Philadelphia militia and 600 Continentals across the river near Burlington, New Jersey. His role was to harass and prevent the British and Hessian units near the town from racing north to support the Hessians at Trenton. Gen. James Ewing’s force of 800 Pennsylvania militia was to cross the river at Trenton and take up defensive positions along the Assunpink River and bridge. Ewing’s soldiers would work to prevent the Hessians from retreating from Trenton. And Washington and his 2,400 soldiers would cross at McConkey’s and Johnson’s ferries, roughly 10 miles north of Trenton and would then march down to Trenton to surprise the garrison at dawn. This was an ambitious plan, one that even well rested and experienced troops would have had difficulty in executing. Both Cadwalader and Ewing’s forces were unable to cross the ice-choked river. And Washington’s main force managed a crossing, but was more than three hours delayed.

One would think that crossing an icy river at night was hard enough without also bringing a great contingent of heavy artillery pieces with them. Despite the trouble Washington and the Continental army wanted the extra firepower that the artillery could produce. Under the overall command of Col. Henry Knox, the Continentals brought 18 cannons over the river – 3-Pounders, 4-Pounders, some 6-Pounders, horses to pull the carriages, and enough ammunition for the coming battle. The 6-Pounders, weighing as much as 1,750 pounds were the most difficult to transport to the far side of the river. But in the end all the trouble of moving this large artillery train to Trenton proved its worth. Knox would place the bulk of his artillery at the top of the town where its fire commanded the center of Trenton.

Shortly after eight o’clock on the morning of December 26, 1776, the Continental Army started its charge on the city. Three columns marched through thick snow with Washington personally leading the middle charge. As the soldiers pushed forward, artillery began to fire. At the same time, German drums urgently called the Hessians to arms. To his astonishment, Washington had maintained the element of surprise. 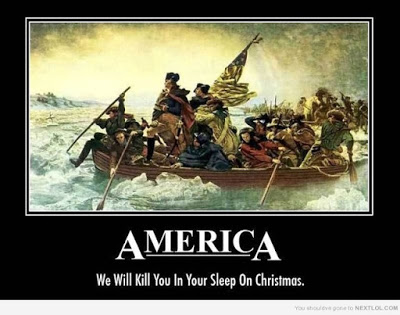 Immediately after the firing began, three Hessian regiments ran from their quarters ready to fight, quickly forming ranks. As the Hessians grouped, the Continental Army entered the city at two points: John Stark marched into the city on River Road from the west, while Nathanael Green and Washington arrived from the north.
Andreas von Wiederholdt, a Hessian lieutenant, incorrectly reported to Colonel Johann Rall that the Continental Army had surrounded Trenton and there was no available route for retreat. As a result, Rall decided to counterattack Washington within the city and not retreat across Assunpink Creek. This proved to be costly, as Washington’s forces occupied the highest ground in the city and had clear views of all of Rall’s movements.
Time after time, Washington countered Rall’s efforts to outflank the Continentals. Eventually, Washington’s forces overpowered the Hessians. Rall was mortally wounded and many of his soldiers broke ranks, fleeing from the fighting. Normally very disciplined, Rall’s regiment was confused and disoriented without their commander. They retreated to an orchard east of Trenton where they were forced to surrender.

General/President Washington was trying to drain the British swamp and Make America Great. We are trying to Make it Great Again. Different swamp, different challenges, same love of country.