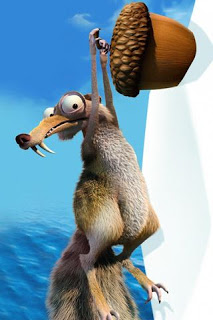 At least five major ice ages have occurred throughout Earth’s history: the earliest was over 2 billion years ago, and the most recent one began approximately 3 million years ago and continues today (yes, we live in an ice age!).

Currently, we are in a warm interglacial that began about 11,000 years ago. The last period of glaciation, which is often informally called the “Ice Age,” peaked about 20,000 years ago. At that time, the world was on average probably about 10°F (5°C) colder than today, and locally as much as 40°F (22°C) colder.

It would be good if you read the whole (brief) article above if you’re interested in this sort of thing. Science does provide a lot of answers if people are willing to look at the situation with an open mind. Sadly, many politicians and most Hollywood actors have an agenda of their own, and a narrative that they closely follow. It’s more of ‘twisted science’ than an actual and objective look at factors that influence climates and those changes that have taken place. Cause and effect can be reviewed, but it needs to be done objectively.

One significant trigger in initiating ice ages is the changing positions of Earth’s ever-moving continents, which affect ocean and atmospheric circulation patterns. When plate-tectonic movement causes continents to be arranged such that warm water flow from the equator to the poles is blocked or reduced, ice sheets may arise and set another ice age in motion.

Today’s ice age most likely began when the land bridge between North and South America (Isthmus of Panama) formed and ended the exchange of tropical water between the Atlantic and Pacific Oceans, significantly altering ocean currents.

An examination of tree rings is also useful when looking at recent changes in the local climate. Some years are wet years (such as this one in the US). Some years are dry. These conditions change locally based on where you are.
People of some influence with access to the corrupt, lying, mainstream media can push a narrative that the climate is all pushed by man. Some freaks even call for the death of all cows in an attempt to control the climate. There are somewhere around 35 million cows on the EARTH now. There were well over 100 million bison roaming the American plains a hundred and fifty years ago, in addition to bovines in other parts of the world. And yet, the planet survived.
Nobody wants pollution. Nobody wants to ruin the planet. But the progressive numbers don’t add up. Four or five volcanoes spew out as much CO2 as all the cars in the world. China with their dirty industrial practices pollutes double what the US does, but somehow Hollywood and liberal politicians push the same apology tour that former (disgraced) president Barack Obama did. It doesn’t mean that we need to swallow the lies.