What is it that DHS does? 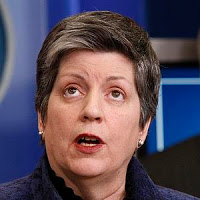 The Department of Homeland Security (DHS) is the cabinet level agency of the US Government, created by President Bush with the primary responsibility of protecting the United States and its territories and protectorates from terrorist attacks, man-made accidents and natural disasters. In FY 2011 it had a budget of $98.8 billion.
President George W. Bush had all of the best intentions when he took elements of the following US Departments and folded them into DHS: Treasury, Justice, GSA, Transportation, Agriculture, Health and Human Services, FBI Office of Domestic Preparedness (DOJ), Energy, Defense (National Biological Warfare Defense Analysis Center), etc.
To protect us from (principally Islamic terrorists) we now have the following entities working for DHS:
Secret Service
Why is the US Secret Service lumped into DHS? I still can’t figure that one out. They used to be part of the Department of the Treasury. Yes, Secret Service agents do conduct investigations related to counterfeit currency and credit card/access device fraud when they’re not guarding somebody. Their job hasn’t changed.

In the present administration it means that they report to a fat lesbian from Arizona instead of to SECTRES who carried the word to IRS to target and then attack the president’s political enemies. It’s not precisely a field of leadership that inspires confidence.

But is their responsibility to protect the US from terrorist attack, man-made accidents and natural disasters? No. That’s not what they do. I guess you could stretch it and say that if a terrorist attacks the President that they’d fall on a grenade for him, but  — selling the usefulness of having Secret Service under the DHS juggernaught is thin.
US Coast Guard
How many terrorists has the US Coast Guard apprehended? Is that really what they do? Of course, they have a law enforcement mission and seize drugs. They have a ‘revenue cutter’ role that dovetails with US Customs, but it’s not what they do most of the time. Maritime safety and maritime navigation in US territory accounts for the bulk of their budget.
Before they were DHS, they came under the Department of Transportation because maritime safety and navigation had primarily to do with transportation. Now they hunt terrorists for a living? Really? Maybe the manmade natural disasters (oil spills) come under their oversight and that’s why they’re in DHS. Or maybe it’s empire building?
TSA
Maybe if they worked for the Department of Transportation, they’d be nicer. TSA has had a rocky run under DHS. Nobody likes them. And they just scrapped all of the full body scanners at airports – or so I’ve been told. I don’t know that they’ve foiled a single terrorist attack, but they have made travel very miserable. It doesn’t have to be like that, but they’re prohibited from targeting Muslims, who have been the only people who want to blow up or hijack airplanes since DB Cooper (not a Muslim) did it 50 years ago.
FEMA
When moments count, FEMA takes weeks or months if they show up to a disaster at all. If any agency actually belongs inside DHS, it’s FEMA.