Sick Twisted Little So and So 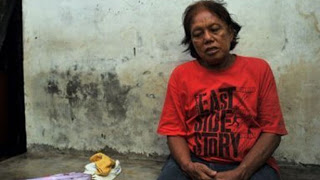 Facebook
Twitter
Pinterest
WhatsApp
I realize that many who read this will feel that I’m cold, harsh and extreme. However, PFC Bradley Manning, US Army, is a traitor and was lucky to have his sentence set at 35 years. It is a pity, but it’s a condition of the nation that he was not sentenced to 35 years at hard labor. Maybe it’s because Manning could break a finger nail if he was doing hard labor for 35 years at Ft. Leavenworth, KS? Private Manning’s lawyer, David Coombs has said that it’s time to end Manning’s suffering. Coombs wasn’t suggesting a bullet be fired into his client’s head (which would have been my interpretation of “end his suffering”). He feels that Manning should be released because he’s a sodomite. What does sexual preference have to do with being a traitor?
And what’s with the US Government providing prisoners with gender reassignment while they’re in custody? I realize that there are sick, twisted people who do this in society, but why must the American taxpayer pay for traitor Bradley Manning’s sexual kink? Prisoners often turn to homosexuality to satisfy their needs. I get that, and Manning enters the general population by announcing that for the next 35 years, he’s available to the highest bidder in the graybar hotel.

The US Army (whose prisoner Manning is) has stated that they won’t make a woman out of him, the way that the Federal Bureau of Prisons would. But the Obama Administration has very kind feelings toward this sort of gender reassignment. And Barack Obama is the Commander-in-Chief. President Obama’s nanny, “Turdi”, was a transgender man who used to dress him up like a girl, so it’s not as if there isn’t some history in the back story. (LINK)

(Fox News) Bradley Manning plans to live as a woman named Chelsea and wants to begin hormone therapy as soon as possible, the soldier said Thursday, a day after being sentenced to 35 years in prison for sending classified material to WikiLeaks.

Manning announced the decision in a written statement provided to NBC’s “Today” show, asking supporters to refer to him by his new name and the feminine pronoun. The statement was signed “Chelsea E. Manning.”

“As I transition into this next phase of my life, I want everyone to know the real me. I am Chelsea Manning. I am a female. Given the way that I feel, and have felt since childhood, I want to begin hormone therapy as soon as possible,”

Private Manning’s defense for releasing over 700,000 classified documents to the press has always revolved around his homosexual preference, though what one thing has to do with the other, eludes me. Will the USGOV pay for his sex change? And does that mean that he’ll spend his 35 year sentence in a women’s prison? Or will he just be Chelsea for the benefit of all of the inmates in the US Military Prison at Ft. Leavenworth?

(duffleblog) “Even if parole is successful, he will not have the skills to live as a female impersonator upon leaving prison. By then, the best life he can hope for is that of a dried up fruit fly, chain smoking Virginia Slims during happy hour at The Man Hole,” said lawyer Coombs. “This young man — woman, tranny, whatever — is having the best years of his cabana boy life being taken from him.”

Maybe a paroled Bradley Manning will end up like Obama’s Nanny, “Turdi”, pictured above – right? He just has to find a little Barry Soetoro to mentor, and paint lipstick on.