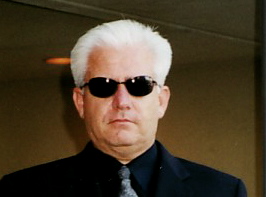 Facebook
Twitter
Pinterest
WhatsApp
Nobody likes to pay federal income taxes, but it’s life and it’s one of those things that 50% of Americans have to do in order to help out the other 50%. And the Internal Revenue Service has been the sharp end of the government spear to insure that 50% of Americans pay up. Nobody likes the IRS.
When I ran a law enforcement task force a long time ago, we’d often pay visits to criminal targets. I had a deal with an IRS Special Agent. I brought him along and bought him lunch. He wasn’t allowed (IRS regulations) to say anything because he didn’t have an open case, however he could wear his IRS raid jacket. In the old days they called me “Scary Larry” but the fear that IRS raid jacket brought to the table eclipsed any fear that criminals had of me. Just the presence of the raid jacket caused more than a few to cave — and usually inform. You may not like the tactic, but it worked and my job was to protect the good people of this land from the very bad people. (mia culpa)
That was back when the IRS just collected taxes. Fast forward to the present. As Congressional hearings move forward, we all now learn that the IRS has become the spear point of the Democratic Party in attacking its political rivals.

(Fox News) The chairman of an anti-gay marriage group testified Tuesday that his organization has proof that the IRS leaked confidential donor details last year, calling for prosecution into what he described as a “felony.”
Eastman testified Tuesday alongside several Tea Party activists who all claim they were targeted by the IRS. The Tea Party groups offered a first-hand account of how the IRS singled them out when they applied for tax-exempt status, asking them onerous questions and dragging out their application process.

Karen Kinney, with the San Fernando Valley Patriots, described how she got a form from the IRS with 35 items divided into 80 “sub-points of inquiry,” and was given just 20 days to comply.

And the hits just keep on coming. IRS is moribund in control of its agents. There are rules on top of rules. File review on top of file review. At every stage, there are vast armies of IRS attorneys who scrutinize the work that the revenue and criminal agents do and many layers of management involved.

(some of those managers played characters from Star Trek in their annual training, showing that at least they have a sense of humor – at a cost to the taxpayers of $60K)

There is NO WAY IN HELL that IRS agents could be doing this nationwide without clear direction from the Secretary of the Treasury. We know that the IRS Commissioner made hundreds of trips to the White House. The Obama Administration won’t tell us who he saw there or what he discussed (all those records are kept scrupulously – think Nixon Watergate Tapes and you’re in the ballpark).
Does anybody except me remember candidate Obama promising to have a press conference every single week? I know that it was merely a campaign promise, but Barack has a lot of explaining to do.
Jay Carney (called a professional LIAR by Congressman Darrell Issa) doesn’t even stick his head out of his hole all that often anymore. Three press conferences in the past six weeks that have been rocked with scandal? At least Jay could come out and lie to the American public. He can always explain how the Obama Administration can’t comment on it. Maybe Carney (who thought that it would be cool to work for the Chicago Mob) is rethinking his career choice, since his popularity with the American people in his role of professional liar is right up there with bin Laden.