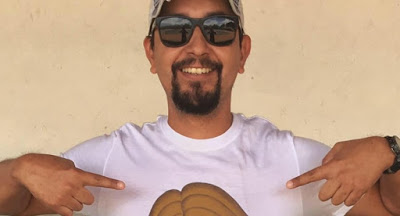 This news is two weeks old so it’s not really news anymore. I’m using the story to set up a point.
Carlos Muñoz Portal, age 37, was an experienced location scout for various film productions including “Sicario,” “Spectre,” “Fast & Furious” and “Apocalypto.”
He was scouting in Mexico for the fourth season of the Netflix series, “Narcos”.

Muñoz’s bullet-riddled body and car were found in a remote area  on a rustic road in San Bartolo, Actopan, near the borders of Hidalgo state, which is said to have the highest murder rate in Mexico. In July, 182 cases of homicide were reported in the densely populated state, a ratio of 12.2 for every 100,000 inhabitants.

Netflix issued the following statement: “We are aware of the passing of Carlos Muñoz Portal, a well-respected location scout, and send our condolences to his family.
Muñoz’s murder raises doubts on whether the production will continue in Mexico or move back to Colombia where it began. Such a decision would imperil hundreds of jobs that the series’ production would have generated in Mexico.
Various leading narcos have what I refer to as ‘black sites’ (because no crime takes place there) where those people can hang out safely from the police, and the competition. All roads in and out are watched by halcones (falcons), who report suspicious movement. Enter Muñoz, who was running around taking photos.
And the narcos shot him to pieces.
THIS is a lesson for tourists to Mexico. The country is controlled by cartels and Mexican journalists and spies (same thing) are slaughtered with disturbing regularity. Tourists look very much like a location scout, photographing points of interest.
I’m repeatedly reassured by people who travel to Mexico that it’s perfectly safe. That’s simply not true. You could also make the case that attending a country-western concert outside the Mandalay Bay Hotel in Las Vegas isn’t safe. The truth is that nowhere is safe, but you’re a lot more likely to be killed flat-hatting around Mexico than you are in the US.