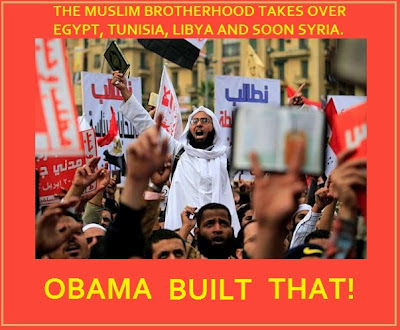 Kuwait-Egypt: The Kuwait government granted Egypt $4 billion last Thursday. That brings the total amount to $12 billion from Kuwait, Saudi Arabia and the UAE. It’s not enough to kick-start anything but it will keep the government functioning until the economy can gain some momentum.

Meanwhile, the Obama Administration is prodding and pressuring without a clear vision of what they want in the way of outcome. While Obama and he coterie of operatives have one vision for Egypt, more in keeping with the Al Qaeda/Muslim Brotherhood vision, the Egyptians would seem to have another perspective on what’s best for them.

We all recall that triumphant Obama speech in Cairo after he assumed office in the US wherein he treated the American people like a gang of poltroons. The Muslim Obama explained that there would be a new and better world (under his guidance) and it was around the corner for all of the Islamic World. Obama the pseudo imam, gave hope that the US would not support a dictatorship in Egypt. And then we propped up Morsi, an avowed enemy of the US and they all scratched their heads. 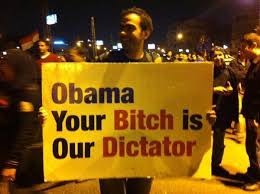 American foreign policy has left a great many people confused as they try to figure out what the world’s only super power and its pseudo imam really wants. The American people are waiting for that answer too.

The credibility of the RED LINES that President Obama has discussed with the American people also comes into doubt. I do not feel as if the US should become involved with Syria, however, if you put a red line out there (such as the use of chemical weapons on the defenseless domestic population triggering a nearly automatic response), it should mean something. The red lines with Syria are not that critical, but the ones that we’ve laid down with Iran and its nuclear program is a different matter. No matter how you slice it, the US credibility worldwide has taken a heavy hit under the Obama presidency.

Obama built it and the Egyptian people tore it down. What are we to make of that?