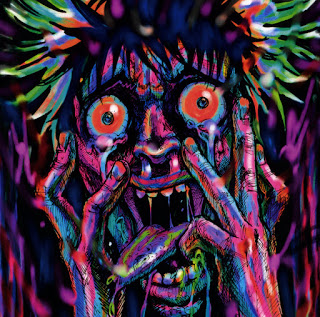 Many of America’s inner cities have a homelessness crisis. China has a similar problem but it’s called “the Floating Population**” and they keep them off the streets of major cities. They’re invisible to tourists but they cause problems for the Public Security Bureau because they fall well outside of the ‘social scoring’ and traditional public order system.
So both the US and China have homelessness problems. In the US, it’s a combination of people who have problems with (a) drug addiction, (b) mental health issues, (c) chronically unemployable. Not the same problem as the Chinese. Not precisely. In China, the numbers are close to 3/4 of the population of the USA.

**China’s internal migratory population (both inter- and intra-provincial) exceeds 250 million people. Within that population are those without household registration (流动人口), petty criminals, Chinese versions of gypsies, and many of the functional insane.

There are homeless task forces in every major city. What do we do about it? How do we cope with it? Not feeding them and offering benefits would be a start, but it’s not a solution. BRM’s Blog brought up the Baker Act (Florida) the other day. It’s worth reviewing both what BRM wrote and the comments (which include some of you).

One solution is to change the law to allow for a round up and triage system. Drug addicts are dried out and are put into a form of rehab, using every major technique known to mainstream them again. The chronically unemployable are taught skills that they might use and are gradually weaned from benefit programs as they enter the workforce – to the extent that we can do it. The third group is the mentally ill. Go back up to BRM’s blog link one more time.

Under the current political environment these things would likely be considered to be proof of mental illness:

Thus trust in the system is essentially impossible.

C W Swanson – Excellent. Your in! Now, have fun with the Winter weather.

I moved in ten months ago…

Fredd Wags the Dog – ‘Don’t change horses in the middle of the stream.’ We’ve heard that before, and it clearly worked for Barry Obama’s re-election; even when unemployment was over 7% (which he then had the OMB fudge the numbers so that they came in at under 7% right before the election).
The election is around a year away, and the economy shows no real signs of tanking before then. With everything going well economically, the Democrats have absolutely nothing to entice people to vote for them. Other than Trump is evil and should be impeached (although they will not cast ther vote for that eventuality, since that would doom their own re-election chances in Trumpian districts).
I see absolutely no chance of the electorate throwing the dice and changing horses in the middle of the stream. It also seems clear that the more slime they try to taint Trump with, the more it slops all over themselves.

The donkeys believe if they can throw enough mud on President Trump that people will believe their lies, with media shills to carry the message. They hope that we will go full communist.

NOTE: Full disclosure, I am pro-vaccinations. I don’t rule out that in some cases they may cause harm, but the diseases are much worse than the cures. There are a lot of people including friends of mine who are not. Many of those people fear a vaccination conspiracy. I have seen no sign that it is the case. Yes there are articles out there, but I am unconvinced.
Old NFO – Herd immunity IS a thing. When you have a bunch of anti-vaxxers out there, that immunity goes away. Look at the measles epidemics we’ve seen just this year. What if those were smallpox? Or something even worse. Yes, I’m a proponent of vaccinations! I grew up seeing people in iron lungs from polio. I don’t want a repeat of that. Re Ebola. Lock them down. There are not enough beds in the entire US to handle even a dozen infected people!!! The CDC, WHO, and others, including JHU have come out with alerts to that effect.

DRJIM – I’m with NFO. We spent decades, and untold wealth, to eradicate common diseases within our borders. Now a few misinformed people are making enough noise to get others to follow them “For The Children”.

Sheesh..,..that’s why we did this in the first place.

There are a lot of viruses out there that were disfiguring and killing people for millennia. We stopped that with mass inoculations. Infected vectors from third world s-holes arrived after we stopped and started epidemics. The message was delivered loud and clear.

LSP – Ah, the old vax dilemma. They’ve worked well enough for me, no polio, and less well for others. That in mind, what fresh hell are our overlords concocting? Surely they wouldn’t be evil enough to run freakish experiments on the gen. pop. through vaccinations.

Paranoid perhaps, but still. As for ebola, BUILD THE DAM WALL.

Just because you’re paranoid doesn’t mean that they’re NOT out to get you.

WSF – Vaccines? Who determines the quality? I’ve written about my son and multiple inoculations at an early age. My son, the medic, said he seldom saw any health professionals reading the information sheets, let alone advising recipients of possible side effects.

IMO, an area of medicine gone sloppy and careless.

I’m not a virologist or an MD of any sort. I think that we look at cause and effect and try to deal with the outliers. For the greater part, we have eliminated a dozen critically serious plagues.

Beans – Lesse… No vaccines and Polio, diptheria and a thousand other hells come back in vogue, or Vaccines and the plagues that killed people right and left, crippled and destroyed families, all stop? I’ll take Vaccines for a 1000, Alex.
Vaccines. Totally. VACCINES!!!
As a recent sufferer of shingles, as in my doc saying “That’s the Worst case of shingles I’ve ever seen!” I would kick myself hard for not getting the vaccine, but my frickin head hurts too much to move much, like to kick myself.
Vaccines have, truly, saved whole generations, whole populations, whole societies. Anyone who’s ever seen a pre-diptheria vaccine graveyard and seen the children’s graves, everywhere, due to diptheria, and isn’t pro-vaccine is just wrong in the head.
Are vaccines painful? Yes. Are they sometimes ineffective? Yes. Are there possibly some issues with them? Maybe. Is it worth allowing back the killers of children (seriously, making it past 13 was difficult back in the day) to flourish and rip our world apart again because of issues brought up by people who also support vaginal eggs as a therapy, well… VACCINES!!!!!
What’s the safe distance to be around someone who doesn’t have immunity? About as far as you can shoot.
To summarize, VACCINES!!!!!