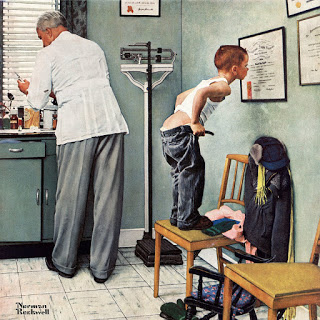 Are you for or against inoculations against viral infections (from the flu to chicken pox, etc.)? And why?

How should the world deal with the threat of ebola, coming out of Africa? Explain yourself.

There is another topic lined up for tomorrow.

Topical Note : The Democrat National Committee attorneys and advisors (most of whom are lawyers) believe that if there is enough impeachment talk that the American people will side with the communists (Warren and Sanders) against President Trump. They know that an impeachment trial during the run up to an election would be disastrous. They just want to dirty the President up.
Paul L. Quandt – I always enjoy reading your blog. Sometimes I learn a new to me thing and sometimes I just enjoy reading about what’s going on around you. Also, you have a way of looking at the political scene that both informs and entertains me.

The only thing that this blog tries to offer is the truth, and a bit of humor. It’s often the same thing. You don’t see much of it in the mainstream media.

LindaG – Some news outlets are predicting the Repubs that don’t like Trump will turn on him in an impeachment trial. Didn’t the ‘end of life on Earth’ countdown start when Al Gore left office?

We read the same thing. Mitt Romney is positioning himself to be the savior of the Republican Party at the convention (again). He’s an embarrassment and has always been a closet liberal. I find his behavior craven.

Al Gore sold his company to oil sheiks for millions. Good move, Al. I’m sure that the world (for him) will end when his heart stops beating. Then he may have a whole new set of problems.

LSP –  Seems like theater to me, and an absurd one at that. Have the DNC effectively conceded 2020? Or are they just dimwits?

Dimwit seems to be such a gentle characterization. Ok, you’re a man of the cloth. You can get away with it. I think that they feel that America doesn’t want to go full communist and without Biden as the moderate, they can’t win. The Ukraine/China scandals have been a steak in his heart. So they’re running interference with the communists, in the hope that America will change its mind.

WSF – Hear all these political talking heads spouting off the the President is corrupt, lies, isn’t fit to be commander-in-chief, etc. but don’t see any specific, detailed allegations spelled out.

The only allegation is that they don’t like President Trump. They don’t need a crime to vote too impeach. Then it moves to the Senate where there is a trial. And they clearly don’t want that.

Jim – Will they impeach? Sound minds will not, but we aren’t talking about the sane here.

They’re sane. They are playing the only hand they have. The economy is roaring, people are working, Afghanistan is winding down. They need to run on something. Warren and Sanders are running on taking your money, your food, your cars, etc. They are telling you that Trump is a crook, when it’s clearly Biden who was running his financial scam from the White House.

The donkeys have a long history of squandering public funds with no apparent positive result.

They enrich themselves and remain in office, enriching themselves, by bribing the poor to vote with other people’s money. It’s a sweet hustle. True of both parties, but the donkeys are up front about it.

Speaking of Gore, I do believe the 12 years to go resets annually, so we still have 12 to go. That suits me since I too have borrowed time on several occasions.

Ah, yes. Resetting the clock endlessly, like some religions who predict the end and then they have to do the same thing.

Woodsterman – If you can’t win at the ballot box, lie and cheat to win your point.

It’s the only game available to them.

The White Wolf Mine
DRJIM (sort of a mountain man now) – Cap’n Bob and the Damsel talk about all the javelinas they have down Wickenburg way. They tear up stuff and are annoying.
We had some reports of bears coming down out of the hills in the last week or so. Don’t if that portends anything, but it’s a reminder that we do live “In The Country” out here. The only animal attacks we’ve heard of is the guy that wrestled the mountain lion last year, and he won.
I think the authorities said it was a juvenile lion, probably practicing his hunting skills.

We don’t have many javelinas around here. The lions, wolves and bobcats thin the numbers. Still, they are present in the area. As to the guy who killed the lion, I wouldn’t want to take on a juvenile lion bare handed.

You seem to have made the transition from Long Beach, CA scientist to Colorado naturalist seamlessly. That’s a good thing.