Is it time for military austerity? 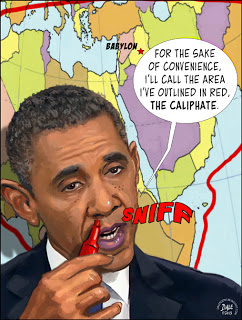 (Fiscal Times) President Barack Obama outlined a plan to scale back the massive war machine created in the last decade, making clear that large wars are a thing of the past while focusing on the use of drones and small forces to protect the American homeland.

And isn’t it odd that a mere three months later, he’s calling on the US to engage in a war against Syria with no allied support? By many accounts this would mean that the US would have to eventually send in ground forces to seize Syrian chemical weapons stores. USDOD estimated the troop commitment would meet or exceed 75,000. I realize that President Obama is not ready to be a president. He never was. He had a line of bullshit and the right skin color.

One day Obama will be gone off into retirement (and one would hope, seclusion) perhaps in Kenya where he would feel a bit more at home  — and more loved. It would be nice if there was a military left  in the US that is able to put ordnance on target when it’s required.
Meanwhile — Three and a half more years of this…