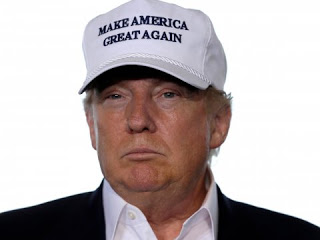 Facebook
Twitter
Pinterest
WhatsApp
I hadn’t planned on doing a post-Republican debate Veteran’s Day blog post, but sometimes you do what you think appropriate, even if I am in danger of going on a rant. It’s politically correct today to presume that the US Military exists to combat the weather — because that’s all the Commander-in-Chief talks about. The fact that it’s bullshit never seems to enter into the conversation.
The only candidate who seems to get away with political incorrectness is Trump, which does endear him to me. I don’t know what sort of president the Donald would make, but he’s calling for a boycott of Starbucks because of their anti-Christmas “seasonal paper cup”.  He said that when president, he would make people feel good about saying “Merry Christmas” again. Today the only thing that it’s politically correct too say is “Seasons Greetings” or “I hope you enjoy your chicken dinner on Quaanza.”

Free speech has been replaced by bullies in the progressive lobby who want to tell us what we can and cannot say, and in what context we may or may not say them. There are a lot of code words, which are said to mean things that they don’t necessarily imply. Keeping up with the latest code words is incredibly difficult if you don’t run in progressive circles.

I mentioned to a person this morning that “I’m going to the Dago’s for lunch.” I received a blistering and withering attack on how insulting it is to call Italian-Americans, “dagos”. The problem is that the sandwich shop is named, “The Dago’s”. And a person of Italian-American ancestry owns it (mom and pop shop). I tried to explain the situation to the person riding down in the elevator, but her high-toned indignant attack was far too lofty to allow her a moment to listen.
As of today, in America, I’m still free to eat a sandwich wherever I want to. The bitch, who I’d never met before, is free to eat where she wants to, but I’m betting that her sandwich won’t be as good as mine.
The other thing that I am rather pleased with is being called a “cracker”. African-Americans think that it’s a derogatory term, but it basically means an overseer with a whip. What’s insulting about that? The term red-neck, meaning somebody who is from the country also applies to me since while I was born in Los Angeles County, I was raised in the country. My neck was sunburned more than once while hauling hay or mending fence. You could call me a pencil neck geek, but I have a 19″ neck, so that wouldn’t be insulting, just funny. Many people called me a Crackerjack, swab, mustang or a squid when I was in the US Navy. They called Marines jar heads and bullet sponges. The Coast Guard were puddle pirates. Nobody took offense. The “age of the progressive” is the age of being thin skinned.
What does this have to do with Veteran’s Day? Most Vets are not politically correct. People presently in the service have to walk around as if they’re on eggs, but that’s not how it was during America’s Golden Age. Would all that change back if Donald was in charge? I don’t know. We know that he’d deal harshly with China and would close the border with Mexico. I think that the political landscape would change because the patronage bought with campaign contributions doesn’t impact him. That would be a good start.