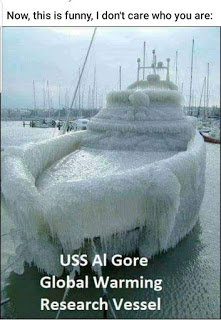 Facebook
Twitter
Pinterest
WhatsApp
Disarmament
There is always a drum-banging noise from the progressive left in America demanding that the population be disarmed by the government in direct contravention of the Bill of Rights – and the Constitution.
This blog has discussed Venezuela and the abominable position that the people voted themselves into by preferring a communist/socialist tyrant to freedom. Now they are reaping the same reward that all nations who follow that path eventually receive.
Consider if you will how Venezuela, which allowed privately owned firearms, banned and confiscated those arms (BBC report). Free people are armed, slaves are not. Free people can resist a tyrant, and slaves find it much more difficult. Consider the American experience with English tyranny in the New World.
US States with Constitutional firearms carry laws:
Alaska, Arizona, Arkansas, Idaho (residents only), Kansas, Kentucky, Maine, Mississippi, Missouri, New Hampshire, North Dakota (residents only), Oklahoma, South Dakota, Vermont, West Virginia and Wyoming (residents only.

Global Cooling
It’s real. It’s settled science, and all of you climate deniers out there who don’t believe in the coming ice age, just settle back and wait. Meanwhile, there is a roaring (wood) fire at the White Wolf Mine in Arizona where we’re expecting somewhere on the order of a foot of snow tonight.
Military Intervention?
USGOV pulled all personnel out of the US Embassy in Caracas, Venezuela. Some see this move as a prelude to military intervention to relieve the suffering of 23 million Venezuelans. Others consider it to be merely precautionary since embassy personnel and their dependents are coming under increasing jeopardy as Venezuela disintegrates.
Should we send in Marines? Is this our fight? Or should we simply hand out firearms and ammo to the Venezuelan people and let them decide to handle it?
Snowbound
A friend of mine who is a retired USAF Col., fighter pilot, Distinguished Flying Cross, shot down in Vietnam flying A-1 Skyraiders (Sandys), lives near me in the Arizona high country. He was snowbound on his way home a week or so ago, couldn’t go anywhere and took a hotel room for he and his wife in Payson, AZ. There he sat. The restaurants and stores were closed. No food on the shelves, and nobody could get to him, really. There was between 3′ and 4′ of snow on the level. They subsisted on candy bars sold at the hotel front desk.
My question to you is what sort of food do you carry with you as emergency fare in your cars/trucks? I have a lot of ‘stuff’ but I think that I need to pack rations in case that happens to me. I figure that between all of you, there are a few good ideas.