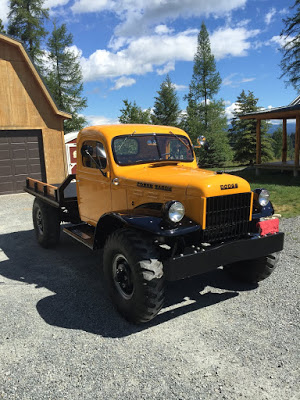 A friend of mine bought this Power Wagon somewhere a bit over a year ago and his health has failed. It doesn’t have power steering and he lacks the upper body strength to handle the rig. I’ve generally been in the market for a Power Wagon for some time, and this one does NOT have the winch bumper or the crew cab, both of which are attractive options to me. I can buy (like being a bumper made of gold) a winch bumper for a PW and install it. The crew cab is not do-able with this purchase.
I’m familiar with the rig and negotiated the purchase for him when he bought it, so I know what he paid for it. He’s been a friend of mine for about thirty years.

WSF… I can see you there, sharpening your knives at the thought of a truck purchase and hammering the price down/up.

The rig is clean and I’m not sure how stock I want to keep it. (Leave me alone Fredd) I am not fond of the pizza cutter bias ply tires and while that’s OEM, I can get a tire that performs better on rims that I like better. 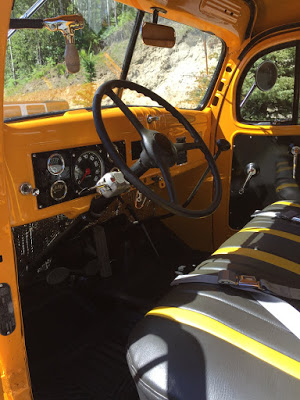 For those of you who know, Fredd, he is not fond of “improving” classic automobiles unless the improvement returns them to OEM. He has a valid argument.

I don’t own vehicles that I don’t use and enjoy. The same is true of firearms. I don’t buy them for show. I buy them to enjoy them. This PW is so squeaky clean that I don’t know if I’d have the heart to scratch the bed up by installing stake racks so that I can haul firewood, etc. You may not think that’s a problem, but it sort of is.
Yes, I could keep it as a show truck for parades and car shows and it could be a garage queen and take up space…but would that make me happy? I doubt it. I’d want to take it on trails because that’s what the rig does well. It’s not very highway friendly, not geared to be a highway warrior. Dodge designed this one in 1949 to be a species of farm vehicle, for rough use. And they are rugged.
It’s the sort of rig that you’d take somebody slightly fancy like Vladimir Putin (the only world leader I know of who likes to hunt) in to go elk hunting. Donald Trump Jr. likes to hunt. He could hang out at the White Wolf Mine only if he brought his new girlfriend, Kimberly Guilfoyle with him.
It’s Yellow, so California hunters don’t mistake it for an elk. (You laugh – don’t)
I can put a winch up on the bed so I can lift the bull elk onto the rig. I’d do that anyway. I like winches (and wenches too, as it goes) because they’re useful (so are wenches, but in a different way).  It’s too fancy for Texas hunters, but I have two other 4×4’s so I’m not saying that I wouldn’t take the Texas crew out to kill big game. LSP likes my Raptor anyway, but he has his own white PopeMobile  truck that he drives around Texas Hill Country, equipped for war or fishing, or both. 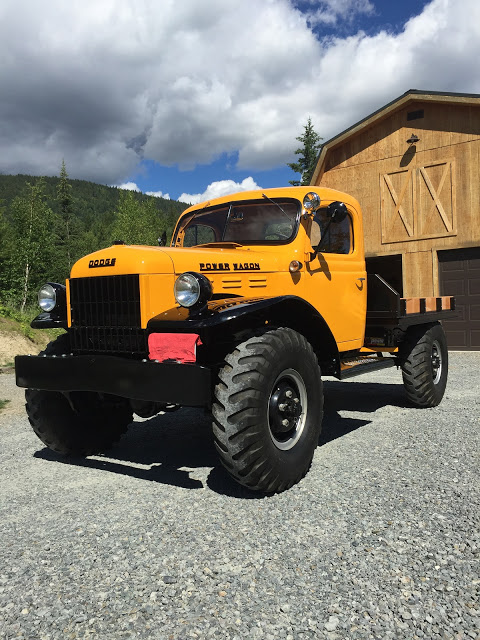 To buy or not to buy. THAT is the question. The White Wolf mine is about 60 days from move-in and I’m starting to get the itch for toys. I also want a power boat for skiing and fishing ($55K problem).  The PW is about half that price. What’s better? A boat (hole in the water that you throw money into) or a yellow Dodge Power Wagon? Yes, I know, you will counsel me to buy both, but that’s just crazy talk.