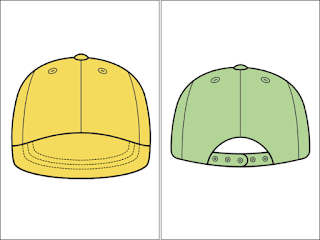 It’s time that we allow the greatest firearms and ammunition salesman in the history of the nation to take a bow. I don’t think that Barack Obama feels that is his legacy. Still, it’s the only thing that he was good at. Will he have a wing in his presidential library and monument dedicated to arming the general public to the teeth? I doubt it.

Edmund Burke wrote: “People crushed by law have no hopes but from power. If laws are their enemies, they will be enemies to laws.”

It’s not surprising then that people have armed themselves, not so much for fear of their neighbors as from fear of tyranny.

(Washington Examiner) He has 18 months left to fulfill his “Yes we can” agenda, but President Obama is frustratingly finding that his supporters have already forgotten what he’s done and even think he’s an “idiot” for not making good on his promise to fix Washington.

In a candid fundraising speech at actor Tyler Perry’s Santa Monica, Calif., home Thursday night, the president expressed his own frustration at not scoring more wins in his two terms, but also aired distress at how quickly some of have forgotten his achievements…

Many Americans point to the current race struggles in America as having been exacerbated by President Obama. The troubles serve to benefit community organizers with an influx of money from factions within the black community, but tear apart the cities where they organize. Obama swept into office, a man of mixed race, with the promise to unite black and white. All he managed to do is create much greater problems, resentment and strife with correspondingly greater poverty and unemployment in “Black America”.

Government programs such as food stamps, welfare and ObamaPhones do not solve problems best handled by private enterprise creating genuine jobs and opportunity. There is not one business executive in America who is planning to expand his business into lawless, inner city Baltimore — a city run by and populated by African-Americans.

President Obama promised that his would be the most transparent administration in history. Instead, it exceeded the Nixon Administration in xenophobia, corruption and bungling. To cover up, the administration became opaque…but that opacity allowed for them to usher in the disastrous national healthcare system.


I suspect that Obama will cite Obamacare as part of his legacy to America. I wonder if he will have this video playing in a loop at his Obamacare exhibit in his monument?
There are a number of videos of Jonathan Gruber saying the same thing. When all of those videos of Jonathan Gruber talking about Obamacare and what suckers the American people were, the White House was quick to throw him under the bus, claiming he wasn’t very involved with the creation of the president’s signature bill. New emails discovered by the Wall Street Journal show that the White House claim was just another Obama lie, Gruber worked with them very closely. There is even one letter from a senior Obama adviser thanking Gruber, “Thank you for being an integral part of getting us to this historic moment,”
And then there have been endless scandals at the VA, the Benghazi Massacre, Russia Reset Fiasco, The Arab Spring debacle, Operation Fast and Furious, etc. Surprisingly, candidate Hillary Clinton has not owned any of them. Either has Barack. And the mainstream media has amnesia because it all happened so long ago during the Obama Administration. Eight trillion dollars added to the national debt? Blame Bush.

The nations of the world do not trust us. And I don’t know that I blame them completely.