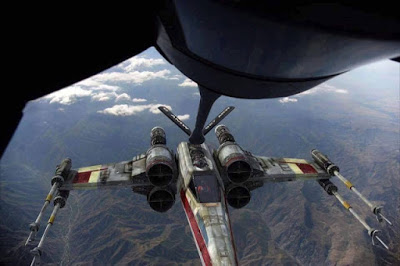 Some of you haters have questioned the need for a US Space Command.  Others have been more supportive of the new sixth branch of the US Armed Services. (seventh branch if you count CIA as a non-uniformed service branch)

Fredd’s Aunt Sally may be going into the business of making rations for the new Space Force that can survive and remain as edible in the vacuum of space as they were down on Earth. There is some logic to that, I guess.
I’m sure that we’ll see more cool toys coming out for the Space Force to use in President Trump’s second term.

And what about that second term?

I hope that President Trump gets another SCOTU appointment in the second term. It is already bring balance to the force, isn’t it? One more would secure the court for the balance of my life.

Uber liberal Supreme Court Justice Ruth Bader Ginsburg could have retired during the years that Democrats controlled the Senate, but despite the fact that the House and the Senate went to the Republicans during the years of Obamanation, Barack never really thought that the Democrats would lose the presidency. He famously predicted, “One thing I can tell you is that Donald Trump will not be the next President of the United States.” As with so many things, Brarack was wrong. Ginsburg is 85. She will surely leave the bench in the next few years, or maybe God will take her home? Bless her heart…