US Military Exercises will continue through December in Korean Waters 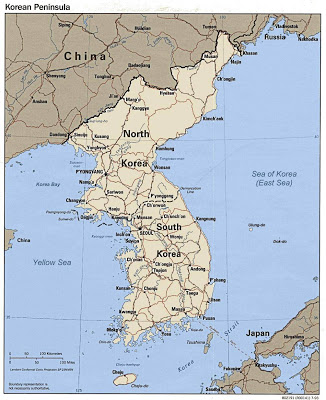 Facebook
Twitter
Pinterest
WhatsApp
The joint military exercise between the US and the Republic of Korea (South Korea) is drawing to a close today. But wait — an even larger military exercise is about to take between the US and the Japanese Self Defense Force in the Sea of Japan (or Sea of Korea if you’re a Korean). LINK to Wall Street Journal This is the 50th Anniversary of the US-Japanese alliance and it’s an opportunity for the Japanese to honor that alliance by making this a more intensive showing of commitment to defense…Kim Jung Il are you watching?

(The Yellow Sea where the exercise with the ROK took place is on the western side of the Korean Peninsula
and the new exercise will take place on the eastern side in the Sea of Japan [or Sea of Korea])
Japan’s Self-Defense Forces will conduct large-scale joint military exercises with the U.S. between Dec. 3 and 10, sending numerous ships and aircrafts out into the waters and airspace surrounding Japan. According to the SDF, some 34,100 troops from Japan will participate in the drills, along with 10,400 from the U.S.
Fox News (LINK) reported today that the US may be planning another military exercise on the heels of the exercise scheduled to end on December 10th. This time – back to Korea again, likely to continue through/over the Christmas/Holiday Season.
China has likely decided what it will do and based on current thinking, it will be announced on Saturday.  The US and the ROK can exercise, coordinate and prepare for war, but the solution to the ongoing problem of their rogue neighbor rests with them.