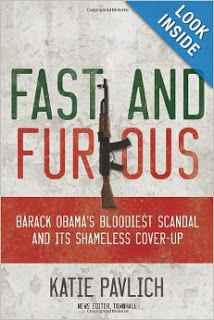 Facebook
Twitter
Pinterest
WhatsApp
I’ve worked with the Federal Bureau of Alcohol, Tobacco, Firearms and Explosives. I ran a Joint Task Force that included five ATF special agents (among others including FBI, Secret Service, etc.) about a decade ago. I’m familiar with the people who work there and I don’t have an axe to grind with the agents. They were out there to try and do a good job. However the agency as a whole has gone rogue under the Obama Administration to a point where one can only opine that the solution would seem to be to force a roll-in to DEA and FBI where management would bring them under some sort of control and circumspection.
This is the oath of office that special agents of the US Department of Justice take: “I (name), do solemnly swear (or affirm) that I will support and
defend the Constitution of the United States against all enemies,
foreign and domestic; that I will bear true faith and allegiance to
the same; that I take this obligation freely without any mental
reservation or purpose of evasion; and that I will well and faithfully
discharge the duties of the office on which I am about to enter. So
help me God.”
You’ll note that their duty is to the law and the welfare of the people (as set forth in the Constitution). Some sort of bad wiring in a lot of places has caused a disconnect between their duty and the zeal to sell firearms to people who really want to buy them (entrapment) so that they can make an arrest.
You should read the entire article referenced below.

(Fox News) …The operation in Milwaukee apparently was not a one-off, as officials claimed.

Instead, it was part of a pattern of questionable decisions that were employed by six ATF operations, including Milwaukee, nationwide, according to the Journal Sentinel.

The newspaper reviewed thousands of pages of court records, police reports and other documents, which led them to their findings that the tactics used in the Milwaukee stings were used in operations from Portland, Ore., to Pensacola, Fla.

Similar to the Milwaukee operation, agents in other cities set up a gun buyback program that turned into a cash cow for sellers. The ATF offered sky-high prices, so people would just buy guns at other shops and turn them over to undercover agents for a quick profit, according to the report.

ATF agents also befriended mentally disabled people to spread the word about the gun buyback programs and manipulate them to help during stings.

“In Wichita, Kan., ATF agents referred to a man with a low IQ as ‘slow-headed’ before deciding to secretly use him as a key cog in their sting,” the paper reported. “Agents in Albuquerque, N.M., gave a brain-damaged drug addict with little knowledge of weapons a ‘tutorial’ on machine guns, hoping he could find them one.” Other questionable activity was reported in Atlanta, Ga.

Like in Milwaukee, agents set up several undercover gun- and drug-buying operations near churches and schools. They let minors to come in, play video games, smoke marijuana and drink alcohol.

In Portland, ATF agents allegedly used a scantily clad officer to lure in teenage boys and encouraged them to bring weapons and drugs to the store to sell.

Operation Fast and Furious – remember that one? The Obama administration used BATFE as its cat’s paw to sell guns to Mexican drug cartels so that those firearms would be shown to have been smuggled and they could use those manufactured “facts” to impose more gun control in the United States.

“Testimony and emails from the Special Agent in Charge of the Phoenix office, as well as a United States Attorney, make it abundantly clear that they not only allowed but encouraged exactly that. Fast and Furious reviews the communications with Attorney General Eric Holder and his top advisors that clearly establish the operation was conducted with his approval.”