US Intelligence Failure in the Middle East

The recent (surprise) attacks on the US Embassy in Cairo, the US Consulate in Benghazi and the general outpouring of anger in the Islamic World against the United States is a failure in intelligence of epic proportions. The greatest vulnerability future Presidents will face will be the lack of human sources of intelligence. Terrorists armed with nuclear weapons will kill hundreds of thousands of Americans if we do not improve our human intelligence capability.
At present, the US relies on Israel for high-end intelligence on the inner workings of the Iranian government. Why is that? Is that in the best interests of America? Why don’t we have more significant capabilities in the heart of the nation that may hate us most? 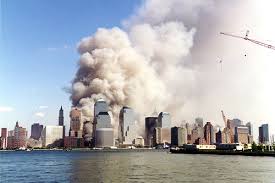 Middle Easterners still don’t know what freedom means because they are waiting for Bernard Lewis to explain to them. You can’t be ‘free’ and devoutly anything, and that goes double for Muslims. The riots and expressions of freedom in the so-called Arab Spring were not pushing for “freedom” as Americans understand it. And absent human sources and people who can manage those sources, there is very little that the U. S. can do to understand what’s going on. Which explains why President Obama, Secretary Clinton and everyone else in the American Intelligence Community was caught with their pants down when riots and murder directed at the US took place across the Arab World on September 11, 2012. It’s not unlike the intelligence failure that we all saw graphically on September 11, 2001.
AMERICA SAID, “Never Again” – but the bureaucracy didn’t really listen.
In the United States, the mainstream media drives the political machine. Much of the decision making that President Obama manages is pushed in one way or the other by reporters. He would seem to miss almost all of his briefings according to an article in the Washington Post. President Obama apparently chose to skip it (his intelligence briefing) altogether and attend a Las Vegas fundraiser for his re-election campaign by partying with Beyonce and Jay Z — One day after a terrorist attack. There must not have been much that was useful to President Obama in those briefings (?)
The Mainstream media have experts who can explain the Middle East to Americans such as New York Times Middle East Expert, David D. Kirkpatrick, who never studied the Middle East, never learned any of its language and his previous experience previous to being the NY Times in-house expert was in covering and criticizing conservative politicians in the US. That is what passes for ‘qualifications’ at the New York Times and by extension, many of the Mainstream Media talking heads.
So what the heck is going on? (I feel your confusion)

The U. S. Intelligence structure consists in layer upon layer upon layer of moribund management such that not much seems to get done. Management consultant Tom Peters discusses the problem of layers by pointing out that, in a chain of six layers, if each layer makes the correct decision 80 percent of the time, this will result in a correct decision by the six layers 26 percent of the time. (.8 to the 6 th power = 26 percent).

President Obama can’t fix this problem and likely doesn’t understand why he needs to if he doesn’t want to end up like so many of his predecessors. I suspect that if Governor Mitt Romney becomes President Romney that he won’t get it either. AND that lack of human sources overseas will lead to political grief for him as well.
There are fixes, but the bureaucracy that is the Intelligence Community would push back HARD because there are sinecures, retirements, bloated salaries (considering how very little some of intelligence bureaucrats work to earn them) and so forth that they’ll protect to the last drone-like breath.
And then there is the political correctness that mires us all in ‘words we can’t say’ that has no place in the intelligence business. The repair job requires politically incorrect people who will not be savaged by an American public, cheered on by the mainstream media that turns on them. See Hard Measures: How Aggressive CIA Actions After 9/11 Saved American Lives, by Jose Rodriguez.
XXX