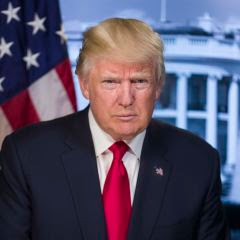 Facebook
Twitter
Pinterest
WhatsApp
This blog is witness to my approval of both candidate Trump and President Trump. I was not a Never Trumper or a RINO. Conservatives felt that he was not conservative enough, but President Trump never was a conservative. He truly wanted/wants to make America great again and followed an agenda that would set many issues to right: defending the second amendment, trade imbalance, rebuilding the military, reversing the Obama Agenda in its entirety, building a wall and so forth. If you’ve read this blog before, you know that it’s a MUCH longer list and I won’t belabor the issue in detail.

The Trump Presidency has branded the president as pro-America, lower taxes, and protecting the nation (as we defeat ISIS, engage North Korea diplomatically rather than militarily, etc). His followers, likewise, are people with an American agenda, to benefit all Americans, rather than small knots of people with an axe to grind (the grievances), whether it be the weather, race, sexual preference, or that want to kill babies at the moment of birth.
I don’t often lift quotes and drop them onto my blog, but I liked what the author said at the conclusion of a larger article about President Trump. (link)

Donald Trump’s greatest achievement may be the total annihilation of the Democratic Party in its present mutated and degraded form. The Democrats have been allowed to slither to their present state of moral degradation with the witless and spineless collaboration of look-alike Republicans who are easy to defeat, like McCain and Romney, or can be survived, like Reagan and the Bushes, or destroyed, like Nixon.

Faced with a Trump they could not defeat and cannot destroy, Democrats appear to be entering a frenzy of primal extremism. If the Democrats go to the voters next year as the party of infanticide, open borders, a 70 percent top personal income tax rate, and the practical abolition of private health care, they will vanish more quickly, and with less distinction, than the Whigs, who at least had serious leaders like Henry Clay, Daniel Webster, and Abraham Lincoln before their party imploded. This thronging riff-raff of Democratic presidential aspirants couldn’t lead the country across Washington’s Francis Scott Key Bridge, and won’t get an invitation to try.