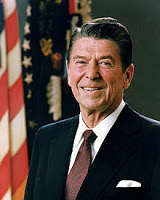 You can paint this anyway you’d like to, however if a US President said this (see Youtube Video Below) twenty years ago, following the Reagan Presidency (1981-1989), he would have been IMPEACHED for treason. I am positive that Obama has never been subjected to a US Polygraph with a broad scope on loyalty, because he’d have failed it. I’m positive that Obama could never obtain a security clearance – outside of being elected – because of issues in his past and present.

And that’s really the problem isn’t it?

The blue chip standard for American presidents will never be the utopian socialist and blatant racist, Barack Obama.
Please vote below with your comments: Incompetent or Intentional