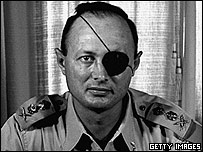 Facebook
Twitter
Pinterest
WhatsApp
“The center of gravity of Israel’s strategic challenge was always Egypt. The largest Arab country, with about 80 million people, Egypt could field the most substantial army. More to the point, Egypt could absorb casualties at a far higher rate than Israel. The danger that the Egyptian army posed was that it could close with the Israelis and engage in extended, high-intensity combat that would break the back of Israel Defense Forces by imposing a rate of attrition that Israel could not sustain. If Israel were to be simultaneously engaged with Syria, dividing its forces and its logistical capabilities, it could run out of troops long before Egypt, even if Egypt were absorbing far more casualties.” (George Friedman/STRATFOR)

In 1956 and again in 1967, Israel chose the time and place to initiate combat through the use of surprise. In 1973, surprise was on the side of Egypt and there were scenarios which were not played out where Israel would have lost the war. The risks for Israel in 1948, 1967 and 1973 extended to situations where the Israeli Defense Force was defeated in the field and Israel ceased to exist.
Since 1978, the Camp David Accords between Egypt and Israel have been the bedrock of Israeli national security. “The survival of Israel was no longer at stake after 1978. In the 1982 invasion of Lebanon, the various Palestinian intifadas and the wars with Hezbollah in 2006 and Hamas in Gaza in 2008, Israeli interests were involved, but not survival. There is a huge difference between the two. Israel had achieved a geopolitical ideal after 1978 in which it had divided and effectively made peace with two of the four Arab states that bordered it, and neutralized one of those states. The treaty with Egypt removed the threat to the Negev and the southern coastal approaches to Tel Aviv.” (Friedman)

Israel never posed a strategic threat to Egypt and in 1978, they recognized that formally The Siani Peninsula provided a natural buffer between the two countries. Holding or taking the Sinai was difficult and possible only with a massive infusion of weapons and supplies from the outside, from the Soviet Union. This meant that Egypt was a hostage to Soviet interests. Egypt had a greater interest in breaking its dependency on the Soviets than in defeating Israel. It could do the former more readily than the latter.

The substitution of American weapons for Soviet ones in the years after the treaty achieved two things. First, they ended Egypt’s dependency on the Soviets. Second, they further guaranteed Israel’s security by creating an Egyptian army dependent on a steady flow of spare parts and contractors from the United States. Cut the flow and the Egyptian army would be crippled.
Today, the war veterans are no longer in active service. Thirty-three years have passed since the last Egyptian-Israeli war and a new generation has a bit of amnesia where war is concerned. This is not lost on the Israelis. The situation has changed for Israel and the generally reliable, sleepy neighbor to the south isn’t what it was for a generation – anymore.
The bazar runs countries in the Middle East in terms of real politics and the bazar wants to see prosperity and a trickle-down benefit that the people feel. That’s been moribund in Egypt and class/economic envy resulted. The Egyptian military is in a struggle with itself as the old generation is being forced out by the new. An Islamist uprising might have taken place in Egypt, but it didn’t – this time. Once the rugs are beaten, the dust is shaken off and the house is put back into order Egypt will find balance, but it won’t be the same as it was before. Everything changes but Israel’s interests in the situation become even more poignant.
Israel needs to forge CLOSER bonds to Egypt to the extent that’s possible. Egypt and Israel share common interests in containing Hamas, for example. They also share strategic interests:  prosperity instead of high body counts. A war with Egypt would bleed the Israeli army white even if losses were disproportionately Egyptian. A weakened Israel would find itself prey to Hamas, Hezballah and it’s myriad of enemies that constantly monitor the Israeli pulse.