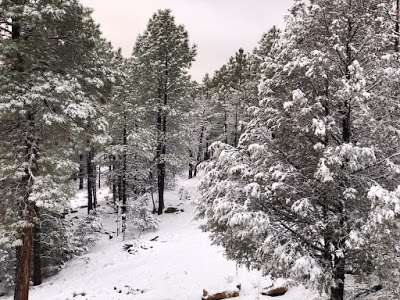 This photograph was taken from the window of the shack where I live. Yes I do have glass windows, not oil cloth coverings, which shows you what lengths I go to in order to be modern.

The photo also serves as a reminder that if you are fleeing COVID-19, or you’re from California and you feel that your progressive philosophy needs a new home and fertile ground for expansion, you’re better off in Texas Hill Country where it’s not snowing. They’re talking about balmy spring weather in Hillsboro. The Arizona highlands are under cold, forbidding snow, and the people are armed and suspicious of strangers. 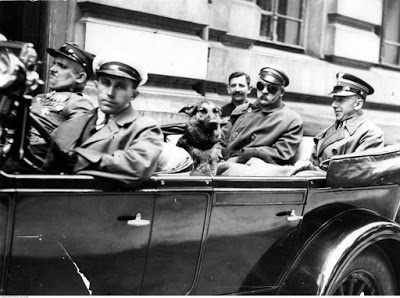 (left) Polish leader and “First Marshal of Poland” Józef Piłsudski with his dog called “Dog” in Warsaw, Poland, 1929. Marshal Piłsudski was one of the reasons that the Poles still used horse cavalry when the Germans invaded with tanks, but he cut a fine figure in times of peace with Dog at his side.

There are a lot of military officers who make fine REMF’s – both then and now, but you don’t want to put them (or their ideas) in harm’s way.

When I was a young man, we had a coal stove in the kitchen. We cooked on it and it heated the house (in the winter when it needed to be heated and summer when it didn’t). And the stove stayed hot. I remember that sometimes the pipe that disappeared into the wall far above the store turned cherry red. That’s when you knew that perhaps, you may have over fed the stove. The house was adobe, so fireproof walls – the chimney poked out the side, clear of any wood beam.
My children (all girls), raised far from such things, never experienced that. For them, you simply twisted the knob on the Wolf stove and the gas lighted to cook something. You didn’t have to move the pot over the top of the stove to find the ‘sweet spot’, the right cooking temperature. 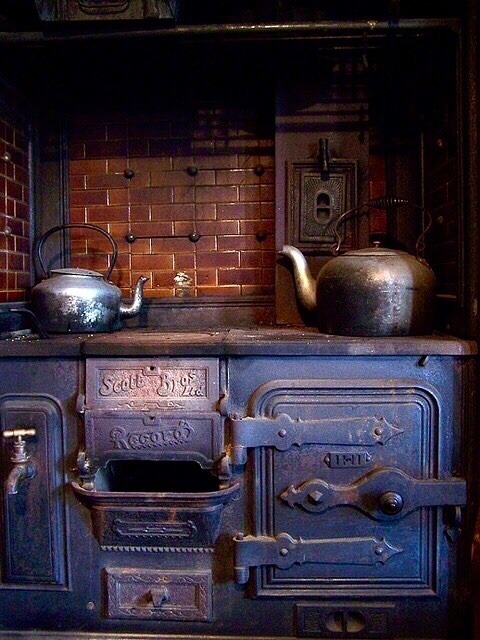 Truth in Advertising?
You be the judge 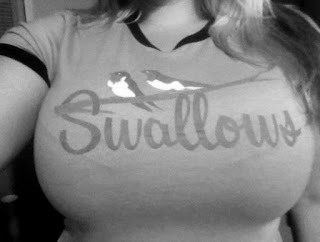 The same could be said for those sweat pants that advertise “juicy”.
Old School 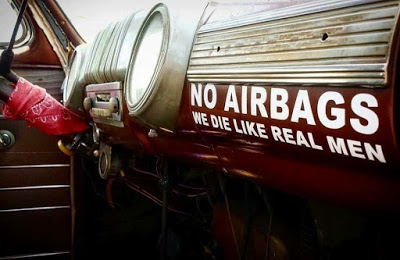