Thoughts about War, President Trump and the Gallagher Case 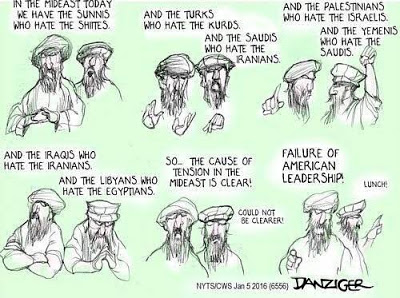 Facebook
Twitter
Pinterest
WhatsApp
War
There are a lot of people within the Military Industrial Complex who have a deep and abiding love in various conflicts in the Middle East because they’re just good business. And naturally, they are willing to throw down cash for honorariums. They walk into a Congressman’s office with a suitcase full of money, the politician will give a speech (talk for five minutes), and the beltway bandit will leave without the suitcase.

I’ve seen it happen. Your elected officials who could give a rat’s ass about whatever brewing conflict, suddenly find moral outrage! Their votes follow that newly discovered passion.
The longer the war, the more satisfying it is to the defense contractors and to the retired military icons that they hire to be the missionaries of LIBERTY, JUSTICE and the American way. Because inside every hajji, there is an American screaming to get out. Right?

Historical Precedent
I recall sleezing around Palestine back in the mid ’80’s. COL William F. Buckley had been kidnapped and the US was intent on getting him back. Things didn’t work out and he was murdered. Even though you could criticize USGOV for being a little heavy handed in those days (I don’t but you might), the Russians took a different approach. Buckley was kidnapped by Hizballah, and a Russian case officer was kidnapped by Fatah. The Russians found out who had done the kidnapping and they went to the homes of immediate family members and beheaded them all in Palestine. Then they asked Arafat if he was ready for round two where they began to lop off the heads of more distant family members. The Russian case officer/diplomat/spy was released. There is a lesson in that. Kipling discussed it in his poem Grave of the Hundred Head. The Mongols took similar interest in people who disrupted the Khan’s peace and dealt harshly with those who created problems. Peace reigned along the Silk Road for 300 years.
Finding Warriors and the Trump Presidency
And my point in this is that wars can be managed effectively if you’re willing to fight the war. Barack claimed that ISIS would be a problem forever, and President Trump ended that nonsense. The “Caliphate” no longer holds one square inch of territory. President Trump also sends messages. Consider the case of Chief Eddie Gallagher, USN. Gallagher took a ‘selfie’ next to the carcass of a jihadi and the moral outrage began. It ended when President Trump reminded everyone who the Commander-in-Chief is and the US is looking for a new SECNAV.

On November 21 President Trump tweeted, “The Navy will NOT be taking away Warfighter and Navy Seal Eddie Gallagher’s Trident Pin. This case was handled very badly from the beginning. Get back to business!”

Chief Gallagher retired from the US Navy yesterday.
President Trump is the first US President, possibly since President Eisenhower, who gets it. If you punish warriors for being warriors, they all leave and what you are left with is a poor excuse for a military. President Trump loves the military. He cherishes the sacrifices that must be made to keep the nation safe. And he avoids war wherever possible. But nobody doubts his resolve.
I’m looking forward to the next four years of the Trump presidency, but fear for the nation once his second term is complete. Who will fill his shoes?