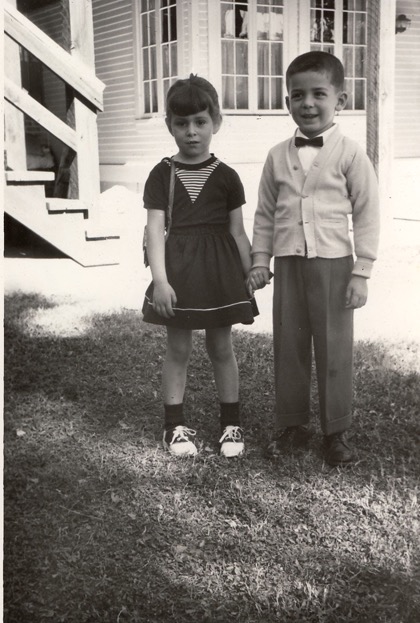 Mesa, AZ, with girlfriend.
Lori’s father did stage wrestling (like WWF, before there was WWF) in addition to his day job. He wrestled under the stage name, “The Terrible Turk”…even though he was French, not Turkish. Naturally, I did not fear him because then, as now, I was indestructible.

And while I’m at it, happy birthday WoFat.