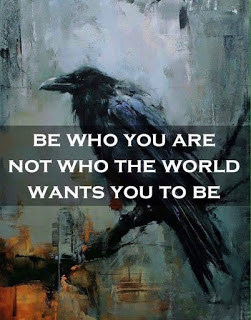 Monday Sermonette:
There are lots of memes out there. This is one of my favorites (left). Life produces only two things – time and the choice of how to spend it. There are lots of people with other ideas, but it comes down to that. Wise use of that time requires that you be true to yourself. Loving and being loved without condition is the key to happiness and friendship.
Thus ends the sermonette.
My son-in-law took a photo of my oldest daughter and his three boys/my grandsons for Mother’s Day. She’s a professional photographer and he’s taking credit for having pulled off a miracle. He told all three boys to look at him and smile and they did. Yes, raising three boys is akin to herding cats. 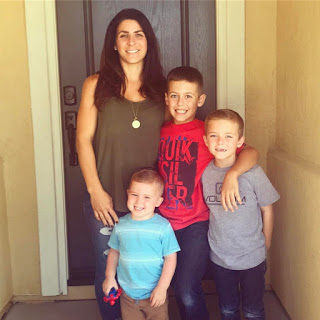 The corrupt, elite, smug, lying mainstream media irritates me.  And it irritates my family, whose political belief follow closely in line with my own. Thus, some of the Mother’s Day talk around the table was devoted to blaggarding the network news and the Democrat Party – which is the same thing, for being generally full of deceit. The only thing that is certain is that they hate President Trump more than anything else. It becomes a ringing endorsement for Trump, who may not be the ‘ideal president’ – somebody define that for me without bringing up the infinitely corrupt Hillary R. Clinton, Bitch of Benghazi, or the equally corrupt, metrosexual, social justice warrior, Barack Obama.
North Korea

On 14 May, North Korea conduced a successful ballistic missile launch.

“A test-fire of a new ground-to-ground medium long-range strategic ballistic rocket, Hwasong-12, was successfully carried out on Sunday, 14 May, by scientists and technicians in the field of rocket research, who are bravely advancing toward a new goal to be proud of in the world, true to the far-sighted idea of Kim Jong Un, chairman of the Workers’ Party of Korea, chairman of the State Affairs Commission of the DPRK and supreme commander of the Korean People’s Army, for building a nuclear power.”

“Kim Jong Un guided the test-fire on the spot.”

“Looking at the Hwasong-12, he expressed his satisfaction over the possession of another ‘Juche weapon’, a perfect weapon system congruous with the military strategic and tactical idea of the Workers’ Party of Korea and the demand of the present times.”

“The test-fire was conducted at the highest angle in consideration of the security of neighboring countries.”

“The test-fire aimed at verifying the tactical and technological specifications of the newly-developed ballistic rocket capable of carrying a large-size heavy nuclear warhead.”
“The rocket accurately hit the targeted open waters 787km away after flying to the maximum altitude of 2 111.5km along its planned flight orbit.”

“The test-fire proved to the full all the technical specifications of the rocket, which was newly designed in a Korean-style by defense scientists and technicians, like guidance and stabilization systems, structural system and pressurization, inspection and launching systems and reconfirmed the reliability of new rocket engine under the practical flight circumstances.”

“It also verified the homing feature of the warhead under the worst re-entry situation and the accurate performance of the detonation system.”

Kim warned that the US should not underestimate North Korea’s capability to strike the US mainland and its Pacific Ocean operations.
The Allied experts told the press that the missile flew 700 kms (430 miles) from the launch site, but reached an altitude of more than 2,000 kms (1,245 miles). They supported the accuracy of the North Korean statement. Several analysts judged the missile could have flown at least 4,000 kms in a standard trajectory.
South Korea’s newly elected President Moon Jae In said it was a “reckless provocation”.
The KCNA article has the same style of the past reports on successful missile launches. It contains accurate information on the missile’s altitude and range. The North Korean engineers also specified the subsystems this launch tested.
This missile incorporates the new rocket engine that the North Koreans tested successfully in March. It probably can carry a heavier nuclear warhead.
The missile test signifies continuing progress towards developing an intercontinental ballistic missile. Technically, this missile has the range to reach Guam, which is about 3,400 kms from Pyongyang.

The test also means the end of the incipient efforts to arrange talks.
Last week, North Korea’s Supreme People’s Assembly sent a letter to the US Congress requesting relief from sanctions. On 13 May, a North Korean official said direct talks with the US were possible under the right circumstances. On 14 May, the South Korean delegation to the Chinese infrastructure summit in Beijing spoke briefly with the North Korean delegation.
The actions of the North Korean diplomats and the non-military officials appear out of step with those of the military missile lobby. Kim Jong Un evidently cares more about missiles than diplomacy. The missile launch undermines the talks initiatives and restores the atmosphere of hostility.

As for South Korean President Moon, the timing of the launch makes his promises of more conciliatory policies towards North Korea appear to have been rejected.
The defector website The Daily NK published a report about malnutrition in the Korean People’s Army in a North Korean province that borders China. The source reported that a significant number of the officers and soldiers are malnourished, but were forced to continue working. Army units keep a log of those who are malnourished and senior officers manipulate the distribution of food based on the work performed.
Malnutrition has been a recurring problem in the North Korean army since the mid-1990s, just as it has been for the general population. The malnutrition of the soldiers starkly contrasts with the health of Kim Jong Un and his missile program, neither of which appear malnourished.