Here and There (Geopolitical Commentary) 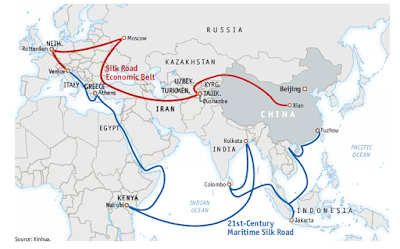 Facebook
Twitter
Pinterest
WhatsApp
China: One Belt – One Road
We’ve discussed the China-Pakistan Economic Corridor before on this blog. The Chinese concept of “all roads lead to China” is not a new one. It stretches back into antiquity. During the Bronze Age (The period is divided into three phases: Early Bronze Age(2000–1500 BC), Middle Bronze Age (1500–1200 BC), and Late Bronze Age (1200 – c. 500 BC), most of the tin used in the production of bronze was imported to the Mediterranean region from Afghanistan. It was the beginning of the Silk Road. Modern China wants to recreate this to bring new wealth to China.
On 14 and 15 May, 29 heads of state or government gathered for China’s One Belt, One Road infrastructure summit in Beijing, and the US press covered it to varying degrees. The corrupt, smug, elite media did a poor job of explaining the historic context and precedence along with the implications of those to take Chinese money to facilitate the New Silk Road.

This is the second major international event in which China has asserted a leadership role as the advocate for world economic integration. The first was President Xi Jinping’s speech at the World Economic Forum at Davos in January. China is laying the groundwork for shifting the focus of the world economy of the future towards the Central Kingdom, China.
The One Belt, One Road project offers the promise of wealth, but most of that will go to China, as Pakistan has discovered. One Pakistani economist found that the China-Pakistan Economic Corridor (CPEC) already has increased Pakistan’s national debt by $2.5 billion, with no benefit for Pakistan.
According to Asia Times, a leading Pakistani industrialist said, “There is absolutely nothing in the CPEC for the local trade and industry; even the labor is coming from China, which will cause a steep escalation in the operational cost of the project.” Pakistan is obliged to grant tax exemptions and holidays to Chinese companies that are doing the actual work and importing the construction materials, not Pakistani companies. Pakistanis guard the Chinese. CPEC is a form of economic indenture.
If it sounds too good to be true, it is probably related to the One Belt, One Road project.
Yemen
The Yemen government announced an emergency in Sana’a because of a cholera outbreak that has killed 51 people since late April.
The World Health Organization said on 11 May that 2,752 people are suspected cases. Fifty-eight more cases have been confirmed. The war is pointless, but its effects continue to ripple through the civilian population. As usual, disease, hunger and pestilence cause more casualties than combat. The water is fouled.
The situation is complicated by the different factions, all trying to assert control over Yemen. There are the Saudis exercising heavy pull in the north (along the Saudi Border); the Southern Transition Council in Aden, backed by United Arab Emirates and Abu Dhabi; The Iranian Houthis; and the various local groups, each of which wants to carve out their own turf and sovereignty.
The war will continue and the decaying degradation of basic human services for the civilian infrastructure will continue and more people will simply die of disease and hunger. It’s a familiar refrain to those of us who have seen war.
Turkey
On 12 May, Turkish authorities again extended the purge into the financial world. They arrested 102 stock exchange workers who are suspected of being sympathetic to the coup plotters of last July. Security officials conducted raids in six major cities.
The official story is that a secret clique of stock exchange employees was embedded in the country’s stock exchange – Borsa Istanbul (BIST). The last time the purge executives arrested workers in the financial world was July 2016.
The reality is that a totalitarian state is being formed from what was once free Turkey. Round-ups such as this will continue as will the genocide against the Kurds. As to the Kurdish situation, murdering Kurds passes for recreation in the Turkish Army.
Central African Republic

The anti-Balaka Christian militias have again attacked UN peacekeepers and Muslims in Bangassou. The head of the UN mission, MINUSCA, said that up to 30 people might have died in weekend atrocities.
The sectarian killings apparently surged after the departure of French and Ugandan peacekeepers. The anti-Balaka attacks against the UN base appear to stem from a belief that the MINUSCA forces are protecting Muslims, which they are…
It’s one of the few places in the world where Christians are fighting back against Islam.
However, in Africa, as with most places, it’s more about local war lords and control of land and resources than it is about ‘faith’. 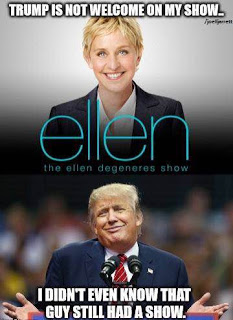 The corrupt, lying, elite, smug, mainstream media and their masters in the Democrat Party (though I’m not sure who is really in charge) continue to project a US image abroad of a hopelessly divided nation and of a President who is incapable of governing. Because they have a political agenda and strive to make news (thus to make ‘reality’) rather than merely report it, nothing that they say can be taken with even so much as a grain of salt. But that’s not the image.

Much of the world is perplexed at the near worship of trans-gender behavior, of sodomy and other “culture” in the USA. They need to dig down to the vast portion of the population who voted for Donald Trump to see that most of the nation by geographic measure still operates outside of the corrupt media guidelines and don’t take marching orders from “their betters”.

A US President lives in a bubble – literally, and I think that for President Trump, it’s disconcerting. That notwithstanding, his pace of repealing Obama’s executive orders has been remarkable and effective as he strives to make America great again. 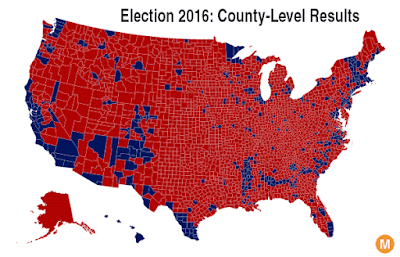 And then there are the investigations: 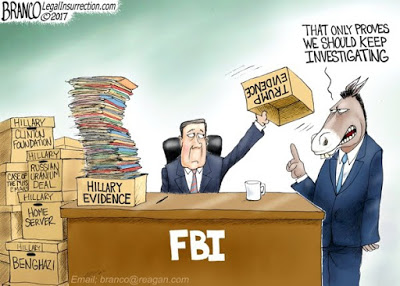