The First Words  — that come to mind:

Bill Clinton  =  Gets laid more than I do

The Middle East and North Africa = Sand, scorpions and assholes 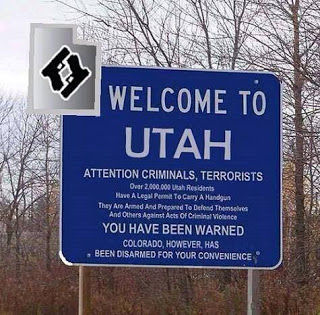 If you were a criminal, where would you rather go to ply your trade? In a state where people are disarmed and helpless or one where everyone is strapped and trained? I wonder why Hitler didn’t invade Switzerland? 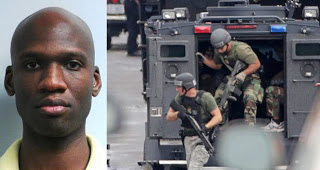 The Washington Navy Yard shooter, Aaron Alexis reminds me of Barack Obama (and Trayvon Martin), except that Alexis did have a job before he left the Navy and Obama hasn’t ever had a straight job. Alexis may have used a false identification to gain access to the navy base, and President Obama has half a dozen social security numbers (even though that’s never mentioned in the press much these days — I think that he settled on one SSN # after he became president).
Alexis, age 34, could be one of Obama’s own brothers. Would he have gone to trial five years after his crime had not the police ended his shooting spree, the way Fort Hood assassin, Nidal Hasan did? Likely not, since Alexis never claimed to be a Muslim.

The administration has two ways that they look at these mass shootings on military bases:

President Barack Obama – Confiscate all firearms in America except those used to guard him.

Which would have no effect on anything because 500 million firearms would still be in circulation in the US and basement gun factories would start turning out illegal weapons to meet the domestic demand.

Vice President Joe Biden – “Carry a double barrel shotgun and fire both rounds in the air.”