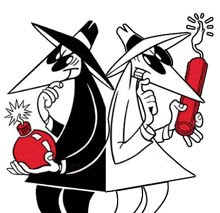 Facebook
Twitter
Pinterest
WhatsApp
Bounties
My reaction (below) is a response to this article.
While they are well intentioned, the DOJ bounty program is handled by-in-large by the FBI, not DEA. The bounties that are paid out, often go to ‘straw men’ and while a small portion of the money makes its way into the hands of informers, they ‘kick back’ to the FBI agents, who profit handsomely. It’s not much of a secret in Mexico, but I guess that it is in the USA.
A botched Israeli clandestine operation in the Gaza Strip
Hamas said it launched more than 200 rockets at southern Israel on 12 November in retaliation for the Israel Defense Forces (IDF) operation in Gaza that resulted in the death of seven Hamas terrorists and one IDF field grade officer.

The IDF said the Iron Dome intercepted 60 rockets, but a rocket that struck a bus wounded a 19-year-old, who is in critical condition.
In response, the IDF deployed fighter planes, helicopters and tanks in Gaza and killed three Palestinians and striking over 70 targets belonging to Hamas and the Palestinian Islamic Jihad.
According to one press account, the undercover operation involved Israeli officers who used a civilian vehicle to sneak into Gaza on an intelligence mission. They assassinated one of Hamas’ commanders, fatally shooting him before fleeing. Hamas fighters caught up with the vehicle and killed one of the undercover officers.
The inaccuracy of the rocket fire from the Gaza Strip remains consistent, even when firing in large salvos. The size of Israel’s asymmetric response grows when Israelis are hit.
Veteran’s Day 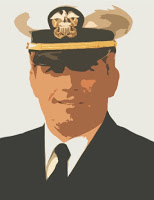 It came and went as it always does. I ended up working in Mexico on a problem during the holiday, but then again, I usually end up working on holidays. Maybe less now than in the past, but they’re just days.
Many of the people who breeze past this blog served in the military. Some made it a career. At least once a month, somebody asks me if their troubled child would benefit from service in the military. My experience is that it helps in many cases, but parents can’t hope that the military will fix what they have been doing with their (often spoiled) children for the previous 18 years.
The military is more selective these days than it was during eras such as Vietnam when it drafted people for the meat grinder – and a lot were ground up. Wars today are distant things and the mainstream media doesn’t discuss them unless it’s linked to the media’s hatred of President Trump.

Since CNN’s ratings are below those of the Sponge Bob cartoon, only hard core leftists watch it – or if you’re unlucky to be sitting in an airport where the news feed is CNN.

As a veteran of large and small wars, I find the media’s lack of attention somewhat disturbing, but then again, it usually only covers unflattering news. So maybe it’s for the best.