Demographics in the Middle Kingdom

(Foreign Affairs) China is aging fast. In 1978, the median age of a Chinese citizen was 21.5 years. By 2021, it had risen to 38.4, surpassing that of the United States. If China continues along its current trajectory and follows the rest of East Asia in descending to ultra-low fertility rates, its median age could rise to over 50 by 2050.

China’s rapidly aging society and plunging birth rate pose a host of challenges for its leaders, including a shrinking number of young workers and an increasingly unstable pension system. Beijing is steadily pivoting toward pro-natalism as a strategy to mitigate these risks. In 2016, the Chinese government scrapped its harsh one-child policy, and in 2021 it began introducing policies aimed at actively encouraging childbearing. The experience of China’s East Asian neighbors, however, indicates that such measures are unlikely to succeed in raising fertility rates…

Ever since hearing the news of President Biden creating a ‘Disinformation Governance Board’, George Orwell has been really kicking himself for not thinking of it first.

“He nailed it, absolutely nailed it,” said a dejected Mr. Orwell. “It sounds grimly clinical and impersonal, yet threatening. It really is a much better title than ‘Ministry of Truth’. I don’t know how, but this Biden guy managed to become more Orwellian than, well, me – George Orwell.” Mr. Orwell also expressed incredulity at the discovery of Nina Jankowicz to lead the Board. “I could have spent a thousand lifetimes and never come up with such a perfect character,” said Mr. Orwell. “It’s a top-shelf villain name. Then you have the woman deliver vicious pronouncements of what may or may not be spoken by her cheerfully singing to the tune of a children’s song—a song famously sung by an omnipotent nanny while the parents are gone? Very twisted. How do they come up with these ideas?”

While feeling that Biden’s ideas had been partially plagiarized from his work, Mr. Orwell did give him credit for the very original idea of destroying gender and sexual identity. “Of course, The Party wants to be stronger than family ties, but the best I could come up with was a direct attack on the act of sex itself. These liberals have done me one better, and instead attacked the very reality of humans having a sexual nature as male and female…I just never even conceived of such an audacious attempt to bully people into something so incomprehensible. Well played, Leftists. Well played.”

At publishing time, Mr. Orwell was dumbfounded to learn that U.N. soldiers dispatched to war are called “peacekeepers”, freedom to speak is considered “racism”, and remaining silent instead of voicing agreement with Party beliefs is called “violence”.

True, it’s not a holiday in Mexico (outside of Puebla), just the US, but any excuse for a taco and an enchilada.

The holiday celebrates the Battle of Puebla (El Día de la Batalla de Puebla) where a badly outnumbered French Expeditionary force lost to the Mexican Host during the Second French intervention in Mexico. A toast of Don Julio 1942 to that!

The day is not recalled in France…but they do remember the battle of Camarón.

Bataille de Camerone occurred over ten hours,  on 30 April 1863 between the Foreign Legion and the Mexican Regular Army. The battle is regarded as a defining moment in the Foreign Legion’s history. A small infantry patrol, led by Captain Jean Danjou and Lieutenants Clément Maudet and Jean Vilain, numbering just 65 men was attacked and besieged by a force that may have eventually reached 3,000 Mexican infantry and cavalry. 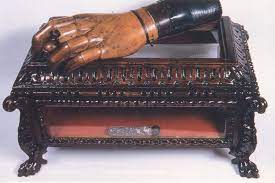 The badly outnumbered and outgunned legionnaires made a defensive stand at Hacienda Camarón, in Camarón de Tejeda, Veracruz, Mexico. The conduct of the Legion, who refused to surrender, led to a certain mystique, and the battle of Camarón became synonymous with bravery and a fight-to-the-death attitude.  Captain Danjou had a wooden hand, and it is enshrined to this day. 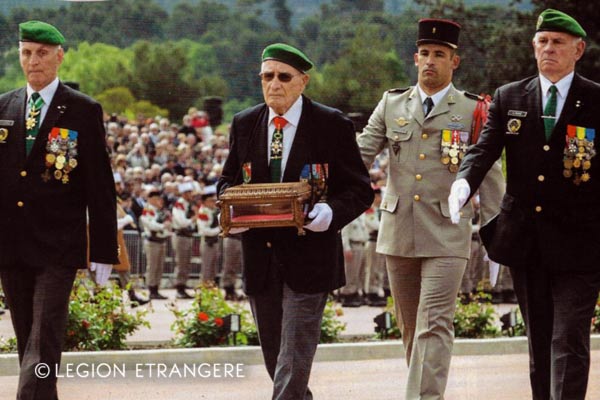