Stupidity on a Grand Scale 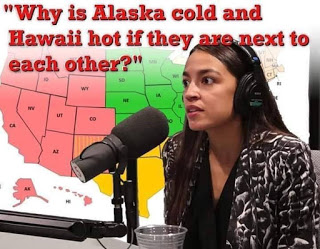 Facebook
Twitter
Pinterest
WhatsApp
The Eternal Question?
What happens when a middle class girl from Westchester County, NY – product of the public school system – goes to the big city where she works as a waitress…then decides to run for public office?

Sometimes I wonder if it’s all an act. If the little communist is as stupid as she sounds. Then I see film clips of her speaking and I wonder about constituents so stupid that they’d elect her.
And I worry about our future, when an education system fails so completely and creates an electorate that thinks this cretin should speak for them. Yes, it could be worse. There is Rep. Hank Johnson D-GA, who feared that Guam would capsize if we sent another battalion of Marines there.
Encounter 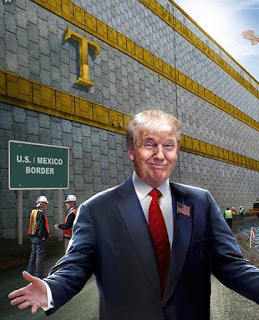 I met with some guys from the Dept. of Homeland Security yesterday, both of whom I’ve known for a while, in the course of regular business. They’re nice guys, and I treat them the way I’d treat my kids (they’re about the same age). The first words out of my mouth were, “Hey, they haven’t shut you down …yet!”
These guys don’t deal with illegal aliens at the border. They don’t apprehend them, house them, or work that angle. Thus, they feel put upon by progressives who want to destroy the place that they work. Progressive people are among the most ignorant on the planet (see Ocasio-Cortez, above). And their ignorance translates to anger against the informed. It’s like a bunch of cretins who think that the Earth is flat being informed that it’s round.
Build the Wall; Lock HER up; Make America Great and Keep it Great.