Think About It (Sunday Sermonette) 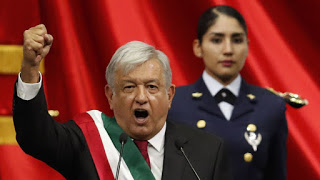 Facebook
Twitter
Pinterest
WhatsApp
An Incident in Guadalajara
Shortly before Presidente Lopez Obrador (Mexican Communist Party – PRD) was sworn into office, unknown persons conducted a hand grenade attack on the US Consulate in Guadalajara, which was closed at the time of the attack.
Yesterday afternoon, U.S. State Department officials issued the following statement:

Presidente Lopez Obrador ran on a platform of not extraditing narcos to the United States to face punishment as well as a number of other platform issues that tend to run against US interests. Nobody knows how all that will work out, including me. Some of them are campaign promises, with the solidity of vapor. Others like promises to the narcos in exchange for support is something that they (narcos) take VERY seriously.

(Breitbart) The attack comes just weeks after a series of videos posted on social media showed the interrogation of a cartel gunman by a rival criminal organization (the Valencias). The victim claimed that Mexico’s Cartel Jalisco New Generation (CJNG) was planning on bombing “U.S. embassies” in order to pressure the government to stop targeting their cartel boss. However, it remains unclear if the attack was carried out by CJNG or by a rival cartel trying to place the blame on CJNG.

The grenades thrown (when the facility was closed) were tossed to send a message. Determining precisely who threw the devices and why they did requires a bit more digging.
Generally the cartels begin to shut down this first week of December as the narcos in the US travel home to Mexico to spend the holiday season with their families. Drugs still cross the border through standard trafficking infrastructure, but a lot of the higher narco functions slow down. The election of a new Mexican chief executive may have a different impact on the way the narcos spend the holiday season. Presidente Lopez Obrador has pledged a hands-off approach to the cartels.


THE FINE PRINT: Analysts spidering the terms contained in this article will be disappointed not to find whether the Valencias actually threw the grenades to up the pressure on Mencho or whether Mencho ordered the attack or whether a third actor was involved. Anyone who reads this with a professional eye might find some concern that a cartel that is in possession of man-portable air defense systems (MANPADS) might up the ante if the grenade attack doesn’t get any results. You might also ask why the incompetent DEA contingent in Guadalajara is being shifted as USGOV attempts to get somebody with their ducks in a row in place. The game is changing. But take heart. This is only a blog, and I have no idea what I’m writing about.
Your Sermonette
I don’t have much in the way of a sermonette. This is as close as I could come: 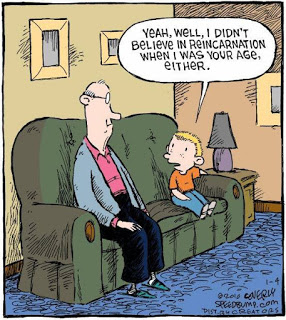 George HW Bush was an unabashed globalist and in his own way, an elitist. He was not a conservative and he was clearly a big government guy. He also strapped himself to a Navy TBF and flew it against the Empire of Japan and was shot down, ditching in the ocean. I give him huge credit for his service and for putting himself in harm’s way. It takes guts to go out and face down “the elephant”. George had guts and guts is good.
His politics were not mine.

He voted for Hillary Clinton (a corrupt globalist) instead of President Trump (an America First nationalist). Who could find anything strange about that?
Jeb! embarrassed the Bush legacy and President Trump belittled him for it. It hurt the feelings of the Bush family to have their inadequate son ‘pantsed’ in front of the entire world on TV over-and-over-and-over again. Jeb! should have remained at the club, living on his trust fund, with a good starting time and just limped through the rest of his life as best he could. Some of us don’t grow up to be the men or women that we’d hoped we’d be. Too bad about Jeb! (Hillary Light) Maybe he’ll make a run against President Trump again in 2020. I’m sure that the family would pony up another $100 million for him to blow on staff and ads.
My final words on the subject: Fair winds and following seas, Bush 41. RIP