They Guard the Streets 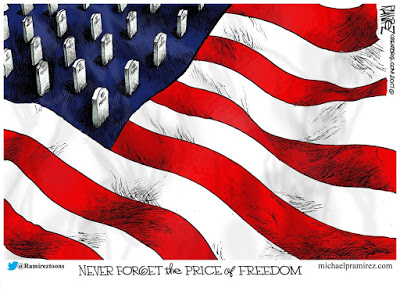 I love the Marines. I served in the Navy, but there is something special about the Marine Corps. Yes, they are naval infantry – but the sum is even greater than its parts. I was deployed to Ras Al Mishab (just across the border with Kwait not that far south of Qasr) during the First Gulf War with SEAL Team Five, Alpha Platoon and also worked with SEAL Delivery Vehicle Team One, Delta Platoon (embarked on the USS Curts FFG 38). While there, I we used to take chow with the Third BTN, First MarDiv, and it drove them nuts because none of us wore any identification at all beyond the standard camo uniform, and non-standard weapons and gear that we carried. I favored Lima Company because they liked L and I liked it twice as much as they did… We pranked the Marines mercilessly and they took it with stoicism — usually. 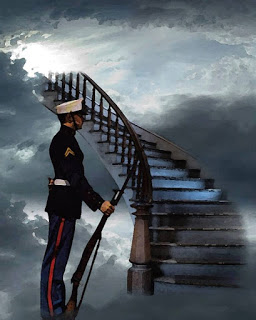 Eventually they became accustomed to the Navy and tolerated us. Three or so months later, we set up our own galley ashore (better food). Sometimes Marines would join us for chow then, but they still never were sure who to salute.

I have a thousand Marine stories. Almost all of them are testaments to the young men (and some women) who served honorably, and many of whom gave the last full measure of their devotion.
My commemoration of bravery, honor, sacrifice and duty on Memorial Day goes out to those brave souls of the Naval Service who guard the streets of heaven.