The Coming War in Iran

Home Blog Post The Coming Wa...
Facebook
Twitter
Pinterest
WhatsApp
“Pivot Toward Persia”
Despite the rhetoric that suggests there are numerous National Security issues facing the United States, there is only one national security question facing voters in 2012, and it is who they want their President to be during the hot and likely costly, bloody war between Israel and Iran that every measurable indicator one can use observing military force movements by European countries and the United States suggests is coming very soon. 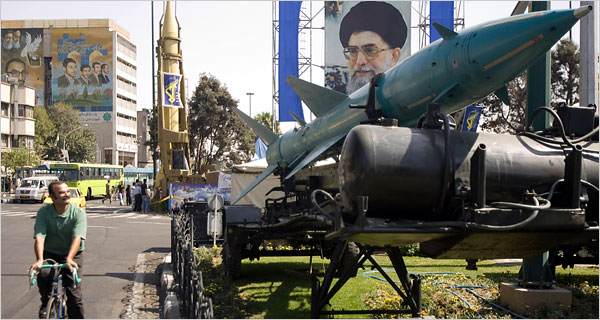 The media has gone out of their way not to cover the significant US and European military forces operating in the Persian Gulf region. The US Navy is now forward operating between 50-66% of all deployed aircraft carriers in the Gulf region. The US Navy is currently operating 66% of all US Navy minesweepers in the Persian Gulf. The US Air Force is now continuously rotating several of the most advanced aircraft squadrons in their inventory, including the F-22, to the Persian Gulf region. Nearly the entire training, workup, and deployment routine of every single East Coast Aircraft Carrier, Cruiser, Destroyer, Submarine, and Amphibious Ship is specifically tailored towards operating around the Middle East.
Israel is being pushed to act unilaterally against Iran by an increasingly reluctant Barack Obama, who doesn’t want to commit to supporting the US Ally.

WASHINGTON — In a highly unusual rebuff to a close ally as tension increases over how to deal with Iran’s nuclear programme, the White House has said President Barack Obama would not meet Benjamin Netanyahu during the Israeli prime minister’s US visit later this month.

The apparent snub, coupled with Mr Netanyahu’s sharpened demands for a tougher US line against Iran, threatened to plunge US-Israeli relations into crisis and add pressure on Mr Obama in the final stretch of a tight presidential election campaign.

An Israeli official, who declined to be identified, said the White House had refused Mr Netanyahu’s request to meet Mr Obama when the Israeli leader visits the U S to attend the United Nations (UN) General Assembly, telling the Israelis “the president’s schedule will not permit that”.

If Israel attacks Iran before the US national election, with a 2 day margin of error I would say the date is October 13th. This is not a firm date. The Israelis may wait until after the US National Election in the hopes that Mitt Romney will win and will act more decisively against Iran than the waffling  Obama has.
The Impending War with Iran could widen to a general engagement throughout the Middle East.
Has the Obama Administration ever called any jihad action a terror attack? Its unwillingness to label the Fort Hood jihad murders an act of terrorism is the most conspicuous example of its reluctance to do so. This one could be even more egregious. (Jihad Watch). In the recent attacks, one of President Obama’s first moves was to blame Mitt Romney… But we’ve seen that before, haven’t we? A weak US president emboldens our enemies. Does anyone remember Jimmy Carter? “Frankly, we are not in a position to speak any further to the perpetrators of this attack. It was clearly a complex attack. We’re going to have to do a full investigation,” the unnamed “senior administration official” told a background teleconference briefing…Zawahiri encouraged Libyans to attack Americans, saying al-Libi’s “blood is calling, urging and inciting you to fight and kill the Crusaders.”

The recent attacks by Al Qaeda on US Embassy facilities that left the US Ambassador to Libya and three additional State Department people dead could widen across the Middle East. Even though Al Qaeda has nothing to do with Iran, it’s likely that Jihadists will take the opportunity to engage the US elsewhere while they are focused on the War with Iran.