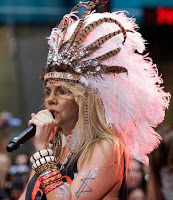 Facebook
Twitter
Pinterest
WhatsApp
SECSTATE John Kerry is maintaining a surprisingly low-key presence while still positioning himself to take former SECSTATE Hillary Clinton’s place in the event that she is indicted by a federal grand jury. The investigation is still underway and because grand jury investigations are secret, as a matter of law, there is no fanfare involved until the hammer drops.
Senator Elizabeth Warren (posturing to be the Democrat Party’s vice presidential nominee and Kerry’s attack dog) harshly criticized Republican Party front-runner Donald Trump this week.

Warren strongly denounced Trump as a demagogue, drawing historical parallels to other instances in which citizens stayed “quiet for too long, hoping for the best but watching silently as the threat metastasizes.”

Trump responded in this way:

“I think it’s wonderful because the Indians can now partake in the future of the country. She’s got about as much Indian blood as I have. Her whole life was based on a fraud. She got into Harvard and all that because she said she was a minority.” Boston Globe,

The Boston Globe has tip-toed around the “fake Indian” matter that seems to plague Elizabeth Warren, because she’s a fake Indian, but the paper did cover Trump’s comments, surprisingly.
I think that she’d be a great running mate to Swiftboat John Kerry and hope that she doesn’t screw things up before the Democrat National Convention convenes and anoints she and John (to the annoyance of Bernie Sanders). I understand why she spoke out against Donald Trump but best wait until you’re running for something, Liz. (makes for better ratings on Fox)
Meanwhile the GOP is ramping up its Stop Trump strategy. I can’t recall when the Republican Party or any political party spent so much money or effort to stop their own person who led in the polls and in delegates half-way through the nomination process. They’d best be careful or they’ll get Cruz. And here’s the rub. The Republicans are confident that Cruz would lose the general election to Clinton or her successor (who may or may not be John Kerry) and whoever that is will ‘play ball’. Trump is a wild card and they are not at all confident that he can be brought to heel.
Democrats make a lot of statements about how 40% of all Republicans believe that Obama is a Muslim — and they maintain that he’s not. Really? The Democrats also maintain that Warren is a Cherokee Indian…