The Weekend is Upon Us! 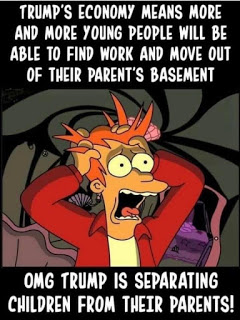 Facebook
Twitter
Pinterest
WhatsApp
* The political season is heating up and the donkeys will lick their wounds and try to get enough interest spun up to make the stage for the September Debates. President Trump has a lot to be proud of: Full employment/great job numbers, a booming economy, building the wall, and soon, maybe, locking up some of the deep state actors who mounted the coup to try and remove him from office. I don’t have a lot of insight in that regard, but my sense is that it’s coming and the prosecution wants to be through.
* In about 10 days, the doctors are going to induce labor and there will be another LL grandchild delivered by the stork to the hospital. There will be the obligatory photographs here on the blog. Sort of like lifting a big bass to the camera, but that’s what we do.

* Roadside sobriety check points are getting ridiculous. Last night I had to fold a fitted (bottom) sheet perfectly to demonstrate that I was not impaired…
* SAN DIEGO, CA—A polar bear at the San Diego Zoo has apologized to black bears, brown bears, and all other mammals of color for his “problematic whiteness.”
The bear “got woke” after a leftist protesting the zoo for keeping animals in captivity bravely leaped into the bear’s exhibit. After eating the protester, the polar bear picked up the book on critical race theory the woman had in her pocket and devoured it, first figuratively, then literally.
“Wow,” he said. “I never realized how problematic my existence was before. I really need to think about this.”
Shortly after reading the book, the polar bear, whose name is Chad, held a press conference in which he apologized for his many years of not being “woke” to the struggle of non-white animals.
“I am so sorry for everyone I’ve hurt,” he said. “I am hereby canceling myself. Please listen to black and brown bear voices.” He also announced that he was donating his remaining walruses to minority bears in need. “The overwhelming whiteness of the polar bear community should give us all paws.”
The bear escaped the zoo, devoured several people, and cast himself into exile on an ice floe for his crimes. h/t Babylon Bee.

LINDAG – So much catching up. Agree about the ladies. Thanks for the clarification. Now I need to read that post.

Just when you think that the progressives couldn’t be any dumber, you’re surprised because they are. It’s not true of all of them. I got a kick when the future of the Democrat Party began to trash the Obama Legacy (such as it is). Now there’s some push back from the mainstream media but the damage will continue. As much as I hate to admit it, Barack could have been farther left.

RHT447 – Point taken, although Willie Brown might beg to differ. (Sorry. It was a softball over the plate.

Willie Brown has NOT endorsed Harris and came out in opposition to her candidacy. He knows her better than any of us do (in a Biblical sense as well).

Mike_C – How can you say that Harris “self identifies” as a negro? She is clearly an underprivileged victim. I can hardly think of a more disadvantaged childhood than to be the daughter of a Jamaican-born Stanford University Economics professor and a PhD from Berkeley who spent her career at prestigious institutions ranging from Berkeley itself to McGill to the Lawrence Berkeley National Laboratory. Furthermore, Harris is married to a Jewish entertainment lawyer, from Brooklyn, yet! If that is not the typical life arc of a poor black victim in these racist United States then I don’t know what is.
Mean people have snarked that the most American black that Harris has ever had in her was when she was, er, working under Willie Brown. But that would be hateful to say, so I’m not repeating that horrid claim.

Whatever you do, don’t repeat the claim.

Kamala was an underprivileged negro child who was bussed to school. It’s her story and she’s sticking to it.

There are a lot of people in the Democrat field who identify as minorities. Robert Francis O’Rorque identifies as a Mexican, Elizabeth Warren identifies as a Cherokee female, The Butt Guy identifies as a woman. DiBlasio is married to a black woman and claims his status by virtue of that union.

I liked Gabbard before she ran for the Presidency. She’s feisty and smart.

Cube – Are we ready for another democrat leading-from-behind, affirmative action hire president? I don’t think so. Well, at least I hope our electorate will follow.

That comment is racist. Then again, EVERY comment, regardless of content is racist. One could argue that no comment at all could be racist. As some have noted, the Old Democrat Party had one issue: Better wages, working conditions and so forth for organized labor. Today, they could care less about anything but $100 trillion+ programs that redistribute wealth to their own personal political benefit.