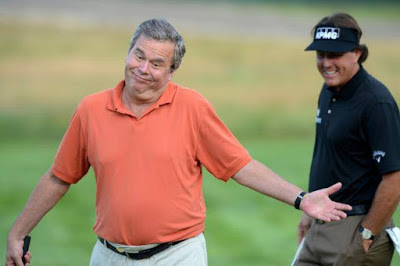 
A sappy card, a flower, perhaps a poem. Without mothers, we’d be in a world of hurt. In my case my grandmother raised me and I’m eternally grateful for that. She was the best mother. Really.


The BLACKLIST
Liberals are funny. They really are. They HOWL continually about discrimination and they are the very worst of the bunch. Harvard has blacklisted anyone who belongs to an off-campus fraternity or sorority. I never belonged to one because I had other things to do with my time but it all has to do with discrimination against people’s right to choose.

BOSTON, May 6, 2016—In a stunning attack on freedom of association, Harvard University announced today that members of independent, single-sex, off-campus organizations will be blacklisted from Rhodes and Marshall scholarships and banned from leadership of on-campus organizations or athletic teams.
Harvard President Drew Gilpin Faust stated that next year, members of fraternities, sororities, and “final clubs” will begin to be denied these opportunities in an effort to foster “inclusion.”

Progressives believe that the best way to force inclusion is by forced exclusion. Don’t try to make sense of that unless you’re ‘progressive’.

Jeb! Lied
I’m not all that surprised that Jeb! is violating his agreement to support the Republican nominee. Do you recall when he signed it and taunted Trump to do likewise – and Trump did.
Let’s face it, Jeb! doesn’t have much of a political future and acting like a spoiled child won’t damage the many tens of millions (if not hundreds of millions) that he has stashed off shore. But it would have showed good form if he’d have acted like an adult.

It’s true that Lindsay Graham lied as well, but let’s face it, Lindsay is a lawyer who spent his time in the Air Force as an attorney and when he wasn’t doing that, he was in Congress and the Senate. Did he ever make a payroll, hire and fire, or know what it took to “make it” in the world? Apparently not. So why not lie?

The duo are trying to figure out why they lost. Kasich (did you know that his father was a mailman?) bored people and couldn’t get more than about 100 people out to a rally, which is why he did ‘town hall’ style gatherings. Reputed to eat a lot and to give a lot of hugs, he tried but didn’t connect outside of Ohio, the state he saved. Cruz blames Kasich for taking votes from him, but what makes Cruz think that absent Kasich, those voters wouldn’t have voted for Trump?

They both need to decompress and stop calling each other names,  and begin rallying behind the winner, Trump. If they play their cards right, Cruz might land himself a seat on the Supreme Court and Kasich could end up as vice president (But Newt and Marco are hard after that slot). 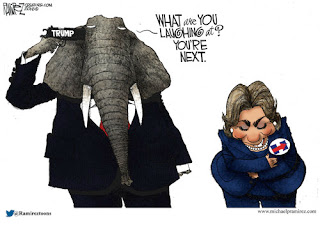 It keeps rolling with upcoming primaries. The GOP elites still don’t get it and are suffering under the reality that Jeb! didn’t make it.
The Democrat Party is smug, with hundreds of super delegates, designed to insure that no matter how members of their political organization vote, the mandarins still have their way. But Sanders is still beating Clinton here and there and refuses to surrender to the “Party of Jackson”. And why would he with an FBI investigation nearing completion and Clinton liable to be charged by DOJ with multiple felony counts.
To be sure, the Dems could still back Clinton while she prepares for trial and keeps running for the presidency.  Do you think that Trump would mention that his opponent may end up in prison before she can ascend to be Commander-in-Chief? Or would good manners gag him and keep him from pointing that out?
Oh, Barack

The test release of a new ice cream dubbed “Obamka” (Russian for “Little Obama”) in Russia’s Tatarstan Region has sparked a wave of laughter and mockery from Russian web surfers. Yet, some US officials have not been so enthusiastic.

The ice cream maker’s latest product, which sparked so much ado, is an ice cream glazed with chocolate, featuring a cartoonish image of a boy with dark skin and a wide smile who is wearing an ear ring and holding an ice cream.

The -ka in “Obamka” is a diminutive suffix in the Russian language showing that the object or person represented by the word preceding it is small, so “Obamka” approximates to “Little Obama.” The form is mostly used to express affection, although sometimes it can be used as a type of scorn. The wrapper designer said he got the inspiration for the brand name from “Chunga-Changa,” a tropical island in a Soviet-era cartoon inhabited by two black children.

I’m trying to decide why Barack would be upset at the Russians naming a delicious ice cream treat after him. After all, the Russian ice cream company didn’t name it “chunky monkey” or anything like that from which Barack could draw an immediate insult.

This is appears to be the reason for outrage: