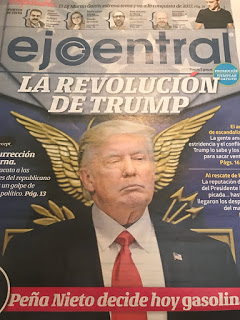 Viva Trump!
Mexico understands that they must deal with President Trump because they (and the US) have a symbiotic relationship.
My sense is that three years from now, things will be working like clockwork…the wall will be built, etc. However there’s a chance that the PRI party (center left – Partido Revolucionario Institucional) will be out and the PRD party (communist – hard left – Partido de la Revolución Democrática) will take the presidency and the legislature. It’s going to take a lot of cash to keep the PRI in place.
Military Spending
There is an old adage that a nation can make guns or butter but has difficulty in doing both at the same time. I think that’s true in the USA today. There is inherent vast expense in running a military. This blog has many veterans who read it and I thank you for your comments, for your experience and for your service. 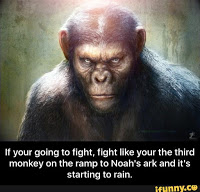 There is the tip of the spear where kinetic action takes place in the military. Then there is the logistics and support mechanism (the shaft of the spear), heavily populated with staff, general officers and their (bloated) staffs. At the moment, it’s a very long spear with a very short (but razor sharp) point.
Making changes to this vast human machine is always fraught with challenges. The bureaucracy which created the machine, fights like the third monkey on its way up the ramp of Noah’s Ark when it’s starting to rain.
Encouraging redundant generals and admirals to retire and then quietly retiring their billets when they’re gone may be a prudent step in the right direction, but I don’t think that President Trump will take that approach in draining the swamp. Maybe Vice President Pence will do that in his first term as President, 8 years from now?
To me simply getting the assets we have pushed through maintenance schedules until we’re all caught up, replacing spare parts and munitions and rotating people who need to be rotated would be a huge victory.
I recall a Naval Special Warfare Command environment when we were still using World War 2 surplus in the 1980’s. That all changed when the Army started running the SEAL Teams (through JSOC) and they understood the need for modern equipment. My point is that before we start talking about new toys, we need to fix the operational matrix that we have and that along with funding, will likely take a couple of years at a peacetime military tempo. 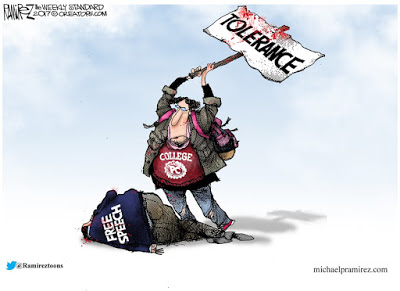 There is the eight year old child standard that needs to apply to national policy.

If you ask any eight year old child whether you should check out somebody before you let them into your house, they will likely tell you that they don’t let strangers in without telling a parent.

Neither should your teenage girl pick up hitchhikers strange to her on a lonely highway at night. The eight year old will set you straight on that too if you ask.

The protesters who are upset at a TEMPORARY travel ban from seven countries where those countries of origin can’t keep track of who received a passport need to consult an eight year old…and listen to the advice.