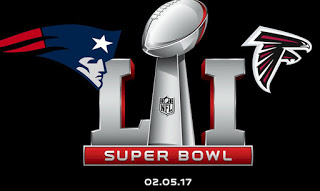 I watched the Boston vs Atlanta Super Bowl game and it was historic, legendary, remarkable in all aspects and has seated Tom Brady as the very best quarterback of all time – the best – with an exceptional team that helped him to reach that mark.
Those of you who didn’t watch the game missed an epic contest – with a lot of Super Bowl firsts. I think that the halftime show featuring Lady Gaga was also exceptionally well done.
Changing Styles

The world has changed and took a leap from the “greatest generation” to the present generation. Being the dinosaur that I am – I never once considered that I was part of a group identity that would change upon whims. “For example, a White Male is not a White Male if he is Muslim, a Mexican, or a foreigner, or a homosexual, or if he has some other claim on some other group. A Hispanic who shoots a Negro attacker in self-defense is suddenly a member of the ‘White Male’ group, and a conservative speaker who is a woman is no longer in the ‘Female’ group, and so on.”

The Constitution that founded the nation did not protect group identity because group identity is a very relative thing and can change literally from moment to moment. A woman can consider herself a woman ‘now’ and in twenty minutes can consider a man or any one of thirty-one separately identified genders under New York law. Rights, including such things as college admissions and government contract bids, who may speak which words in jest, and whose opinion are counted and whose are not, and whose votes are counted and whose are not, all this and more is now controlled by these group loyalties.
Living as a member of one particular grievance group or another may be able to save you from being viewed as a bigot – but it also might not because values are relative and are constantly in flux as is gender and race (who is black enough or who is white enough).
Changing styles reflect the changing nature of group identity. Unless you’re a dinosaur (such as I am – a heterosexual white male) mouth breather besotted by white privilege that I don’t acknowledge.

On January 30, the US Special Inspector General for Afghanistan Reconstruction (SIGAR) published his latest quarterly report. It is lengthy and detailed, as is the SIGAR’s custom. It also contains the usual mix of positive highlights and setbacks. I will focus on the narcotics portion of this report because that’s what I’m going to do.
US Forces in Afghanistan total 8,448, according to the SIGAR’s report.
The report says that the US-trained 17,000-man Afghan special forces do 80% of the fighting by the 195,000-man Afghan National Army. That’s a fair assessment.
Concerning counter-narcotics, the SIGAR’s report is very detailed and there is no good news. Afghanistan supplies 80% of the world’s opium. Acreage under cultivation continues to expand at about 10% a year. In 2016, 201,000 hectares were under poppy cultivation.
USFOR-A pointed out that the Afghan forces successfully beat back eight Taliban attempts to seize cities. The US command also said that the government and allied security forces prevented the Taliban from achieving their goals last year.
The SIGAR’s report is the latest to chronicle the long, slow decline in Afghanistan. The government in Kabul appears to be more dependent on the US than ever for its survival in a shrinking perimeter. The Taliban strategy always has been to outwait the foreigners until the country is theirs again. The SIGAR’s report suggests that the Taliban strategy is working.
Drug production is no longer controllable. The drug problem is so extensive that it would pose a serious threat to national security even in the absence of the Taliban threat. It’s the principal source of national income.