The Significance of Histones 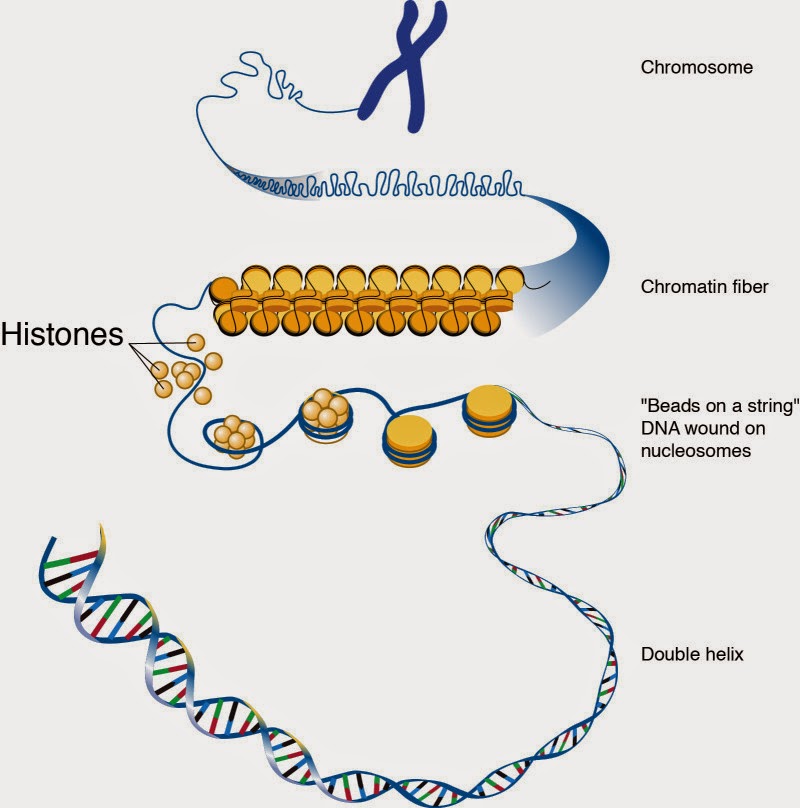 Facebook
Twitter
Pinterest
WhatsApp
New research shows that characteristics passed between generations are not decided solely by DNA, but can be brought about by other material in cells called histones. Histones are proteins in cells that are not part of the genetic code. They act as spools around which DNA is wound.

Histones act as controllers that decide whether or not genes are switched on or remain dormant. Naturally occurring changes to these proteins affect how they control genes. Those changes can be sustained from one generation to the next and so influence which traits are passed on.
Histone activity has been linked to particular traits or health conditions by researchers. Continuing research focuses on whether changes to the histone proteins that are caused by environmental conditions — such as stress or diet — can influence the function of genes passed on to offspring.
The research confirms a long-held expectation among scientists that genes could be controlled across generations by such changes. However, it remains to be seen how common the process is.
Scientists tested the theory by carrying out experiments in a yeast with similar gene control mechanisms to human cells. They introduced changes to a histone protein, mimicking those that occur naturally, causing it to switch off nearby genes. The effect was inherited by subsequent generations of yeast cells.

Professor Robin Allshire, of the University of Edinburgh’s School of Biological Sciences, who led the study cited below, said: “We’ve shown without doubt that changes in the histone spools that make up chromosomes can be copied and passed through generations. Our finding settles the idea that inherited traits can be epigenetic, meaning that they are not solely down to changes in a gene’s DNA.”