Worms – Part of the Blame Game 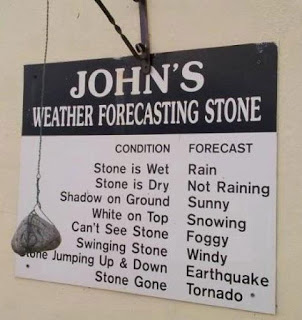 (link) This rambling piece in The Atlantic might interest you. Then again it might not. Are earthworms partially to blame for global warming? The article hints that they may be part of the problem – if there is a problem – but since it’s settled science, I’m sure there’s a problem. Unless the climate gets colder and then global warming has to do with climate change, which can be fixed by massive taxation and income redistribution. No the article doesn’t go that far – except by implication. And earthworms are partly to blame for whatever.
Sometimes it’s easier to just look at a rock and let your own scientific brain figure things out.
But that doesn’t mean that earthworms are not to blame.
You can also blame President Trump. And that is settled science.
Political Observations
Jimmy Kimmel said, “You know, a month ago, if somebody had told me Amy Klobuchar was going to do better in New Hampshire than Joe Biden, that person would have been Amy Klobuchar — it wouldn’t have been anybody else.”
File it under Race to the Bottom: Yang dropped out of the political race for the presidency, but nobody is claiming his poor showing in New Hampshire and Iowa is racist. Then again, they aren’t saying that Warren, who may have a smattering of Native American blood was rejected based on race alone. She is a communist but not as good of a communist as Bernie and apparently there can only be one commie survive to the Donkey Convention. Joe Biden fled to South Carolina, blaming his race (white) on his poor showing in New Hampshire. Riddle me that one.