The Problem IN America (Part 2) 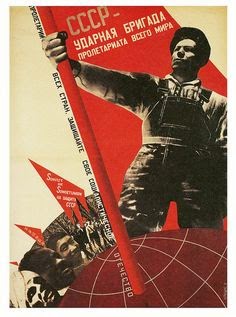 “Americanism**” is not often practiced. Our Social Justice Warriors teach our young that they should value approved freedom of speech and thought; heretical ideas are to be stamped out by denying speech and punishing the heretics. It is no longer surprising to hear a college activist suggest that certain kinds of speech be forbidden by law.

**The practice of tolerance and “minding your own business,” belief in progress, self-sufficiency, and freedom of thought for all citizens regardless of sex, race, wealth, or heritage.

There are signs that popular culture has taken note of the tendency toward totalitarianism. In the feature film, The Hunger Games, a population is repressed and manipulated by a media-controlling central government. The movie version of the novel The Giver takes some shots at this mindset; a thoughtful review of the movie version in The Atlantic “What Is the Price of Perfect Equality?” gets at its politics:

Engels saw the institutions of family and private property as deeply entwined. Part of Engels’ objection to the institution of the family was that it involved a “progressive narrowing of the circle, originally embracing the whole tribe, within which the two sexes have a common conjugal relation.” Marxism’s benevolent tendencies are swallowed up by concern and preference for one’s immediate family, which becomes the unit of basic inequality…. Commerce and trade, it turns out, are just as dependent on the passions as the passions are dependent on commerce and trade.  Therefore, destruction of the traditional nuclear family is essential in the march toward a utopian socialist paradise.

Under a controlling regime there is far less reward for striving. Hard work is replaced by contentious committee meetings and political struggles for pieces of a shrinking pie. The increasing numbers of academics, government workers, and nonprofit workers operate detached from practical considerations of serving customers. It becomes easier to slack off, and so more people slack off. The endpoint occurs when the productive have fled or chosen more leisure over work, and the economy collapses after years of stagnation.


In the family sphere, we already see the endpoint in entire communities where single mothers struggle to raise children without benefit of a father to help and guide, young men are either in prison or involved in gangs, and intact families with bourgeois values are forced to move away. Women are taught that they are victims of oppressive males, and the enlarged State will take their side in any disputes and support them directly if they have children. What had been a safety net for people in tragic circumstances became a way of life for millions.
It took generations for feminists and Progressives to capture the commanding heights of government, media, education, and non-profit foundations. From their perches they have directed a campaign to change the culture and enlarge the State, and they have won.


The result of that victory is American leadership of the likes of Barack Hussein Obama and Hillary.