The Problem IN America (Part 1) 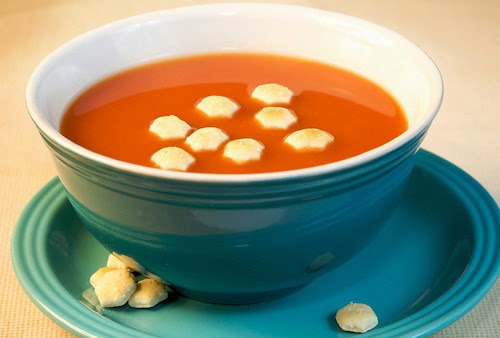 Fredd (fellow blogger) posited a question on what has changed in America that has caused our political system to produce curs like Barack Hussein Obama and Hillary, who rise to the top of the pond (like scum). I’ll pick up that gauntlet and throw my cracker in the soup.

Hang with the rant for a moment.

I was raised in “reduced circumstances” and was forced to work for whatever I wanted or needed. Most progressives don’t emerge from backgrounds that require labor to survive. Those are the fetid breeding grounds of self-reliant conservatives. Thus it is with some skepticism that progressives consider my point of view to be valid. Though I am educated, I was not educated under any of the ‘right’ circumstances and never joined the Skull and Bones fraternity. There is no “old school tie” around my neck. To compound that, I served in the military, wore a badge and also dabbled in the dark arts. Therefore, my credentials to have an opinion are tainted. Having established that, and having warned you, we will forge on.

A small but highly influential ideological group of, educated, generally well-off, and embedded in academia, the media, government, and non-profit organizations work throughout the United States for ‘social justice’. They continually agitate for larger and more intrusive government which would employ more of their kind, the better to regulate away all imperfect thought and behavior. Business and profit-making enterprise is viewed as suspect because it is partly beyond their political control, so efforts to take control of decisions inside businesses continue, and the expanding HR departments, lobbyist payments, and political contributions of businesses reflect the need to pay for protection against this bureaucratic tendency.
Similarly, establishments such as hospitals and schools have responded to the increasing regulation and government funding of their activities by hiring more highly paid administrators while shorting the low-level staff that actually do the work, because they must do so to get along in an increasingly bureaucratized, legalized, and centrally-controlled environment. This employment of large numbers of high-paid staff that don’t directly produce anything of value for customers has greatly increased the cost of domestic services like healthcare and education, and the drag on the American economy has brought economic growth to a halt in many places.
By choosing to notice only the bad things that happen to women in our own time as well as other cultures and times, modern feminists have failed to work for truly equal treatment of men and women. Instead of seeing individuals and their rights as important, Social Justice Warriors believe that only a relentless focus on oppression of some categories of individuals by others is the key to righteousness, and their collectivist view of group rights leaves little space for sympathy for anyone who cannot claim membership in an oppressed class. They believe as a religious cult would believe that if only they explain their beliefs hard enough to the unenlightened, the scales will fall from their eyes and goodness will triumph. No amount of victory in achieving their goals would ever be enough for them to end their battles, since new groups of the wicked can always be identified to battle against; the battle itself nourishes their egos and so it must continue.
Institutions of higher learning teach that it is no longer enough that “victim” classes be treated equally by government and in employment and public accommodations — theirs is now a push for equal outcomes to overcome private rights of association and contract, so women or men who desire to work less or take out more time for family would not be allowed to bargain for those conditions of employment by asking for less pay for less work. Implicitly all employees with the same job title and duties must be paid the same regardless of their individual contributions or their own desires for a lesser degree of commitment to the business.
Equal opportunity does not imply there should be equal outcomes, because diversity of interests and abilities between individuals and the sexes means there will be unequal interest in career options that require 60 hours a week of work, intense focus on mechanical problems, manual labor, or hazardous conditions. Similarly, you will not get or expect equal interest in the highly social, helping professions that, on average, women appear to prefer.

Efforts to force equal employment in every company by race, sex, age, or other class doom companies that must compete with companies (outside the USA) that are not so constrained. For example, Rev. Jesse Jackson has called for Federal pressure on high tech firms to require equal employment outcomes in tech jobs. When you talk to a Social Justice Warrior about this, you get an answer remarkably similar to what socialists said in the 1970s when you asked how any country could level outcomes (“to each according to his need”) without the productive escaping to another country to achieve what they could without the shackles: “Well, that’s why they had to build the Berlin Wall.” To stop the defection of those who want to be free to follow their own preferences, this preferred system must be extended everywhere or somehow escape must be controlled and punished by, say, walls, machine guns, and Gulags.

Part Two of this post will be available on this blog later today.