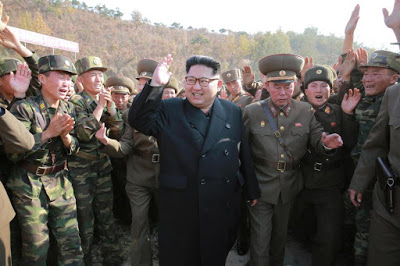 Facebook
Twitter
Pinterest
WhatsApp
Yesterday, the Ministry of State Security, the Ministry of People’s Security and the Central Public Prosecutors Office of the Democratic People’s Republic of Korea (DPRK) released a joint statement concerning state-sponsored terrorism.
In its long preamble, the statement accused South Korean former President Park of being a state sponsor of terrorism. In brief, it says that in 2015 former President Park approved a plan to assassinate Kim Jong Un. The only South Korean agency that supported the plan was the National Intelligence Service. The US Central Intelligence Agency supposedly supported the National Intelligence Service.
The operative paragraphs follow.

“1. We declare at home and abroad that we will impose the death penalty on traitor Park Geun Hye and on the ex-Director of the puppet Intelligence Service (IS), Ri Pyong Ho, and their groups, criminals of hideous state-sponsored terrorism who hatched and pressed for the heinous plot to hurt the supreme leadership of the DPRK.”
“IS men, to say nothing of Park Geun Hye and the Ri Pyong Ho group, can never make any appeal even though they meet miserable dog’s death any time, at any place and by whatever methods from this moment.”
“2. The south Korean authorities have to hand over traitor Park Geun Hye and former IS Director Ri Pyong Ho and their groups to the DPRK under international convention as they committed hideous state-sponsored terrorism against the supreme leadership of the DPRK.”
“The south Korean authorities have to judge themselves what adverse effect their act of shunning this crucial demand related to the dignity of the supreme leadership of the DPRK will have on the future north-south relations.”
“3. We declare that in case the US and the south Korean puppet forces again attempt hideous state-sponsored terrorism targeting the supreme leadership of the DPRK, we will impose summary punishment without advance notice on those who organized, took part in or pursued the plot, under wartime law.”

In this statement North Korea declares that it is justified in assassinating former President Park and former director Ri at any place, at any time and by any means. North Korean agents/operatives might attempt to assassinate Ms. Park in prison.
The comment after the second point implies that North Korea has made a demand to South Korea for the surrender of the alleged plotters, which South Korea has ignored. It further suggests that progress in North-South relations will be held hostage to South Korea’s response to the demand.
Almost as a footnote, the statement provides a reminder that summary execution is permitted under war time law.
The intelligence agencies of both Koreas always have plans for assassinating one or more leaders in the other country. In North Korea, plans include murder of internal rivals and relatives within Kim’s own family. Apparently, a Japanese news service broke the story about South Korean planning in 2015. North Korea’s leadership intensely dislikes the notion that it might be vulnerable to an assassination plot, even though Kim Jong Un is not well respected.
OIL 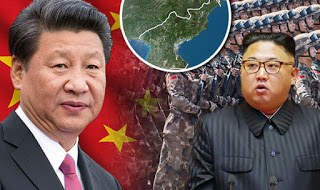 The China National Petroleum Corporation (CNPC) has suspended sales of diesel fuel and gasoline to North Korea because of concerns the state-owned oil company won’t get paid. CNPC decided to put fuel sales on hold “over the last month or two” and described it as a “commercial decision”.
According to the press, last year, China shipped just over 96,000 tons (811,200 barrels) of gasoline and almost 45,000 tons (337,500 barrels) of diesel worth a combined $64 million to North Korea. The refined products used across the economy from fishermen and farmers to truckers and the military. These products were delivered by road, rail and ship.
China also pumps crude to North Korea via a pipeline. Last year it sent 520,000 tons (3,811,600 barrels) of crude via the pipeline.
The CNPC denied that the cut off was related to UN sanctions. UN sanctions do not ban the sale of crude or refined oil products.
China denies that it imposes unilateral sanctions, in contrast to the US, Japan and South Korea. However, Chinese companies impose penalties for non-payment of bills. The effects are worse than sanctions because North Korea is not only denied the products, it still has to pay for arrears.
North Korea is almost totally dependent on China for crude and refined oil products. Russia sells some aviation gas to North Korea when North Korea can pay for it. China can stop almost all automotive traffic in North Korea. 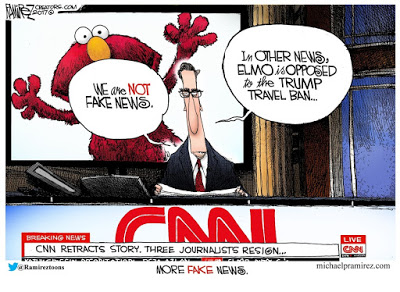 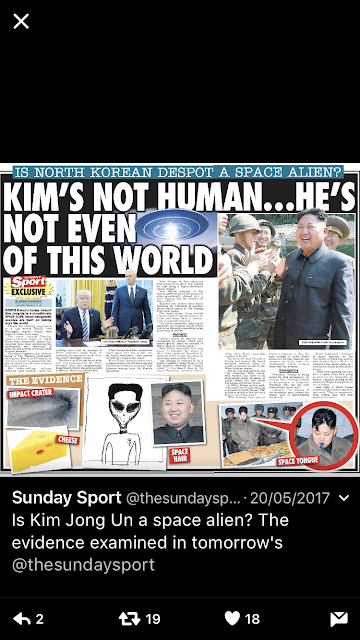